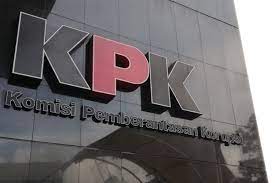 Corruption, collusion and nepotism (KKN) is a chronic disease that has existed since the New Order era. This evil habit was passed down since the colonial era because the VOC was proven to be corrupt, and then it was copied by the military officers. It is a shame that what is being imitated is a bad thing, and until now corruption is trying to be removed from Indonesia, because it can undermine the country from within.

The KPK is a state institution specifically created to eradicate corruption in this country. Therefore, every employee has the spirit to catch the corrupt, so that they cannot steal a bit of state money. Even though they have now been appointed as civil servants, they are still rewarded and allowed to work ‘fiercely’ as usual.

Deputy Chairman of the KPK Alexander Marwata, at the end of 2020, stated that organizational structuring through commission regulation (Perkom) number 7 of 2020 aims to accelerate the task of eradicating corruption. Organizational restructuring is also carried out by taking into account the strategic plan of the KPK leadership, from 2020 to 2024.

Alexander added, in the organizational arrangement, there are additions and deletions of positions, and there are also several positions that are included in other position groups. The development of this structure is intended to increase effectiveness and efficiency, and has received the approval of the Ministry of Administrative and Bureaucratic Reform and the Ministry of Law and Security.

Organizational arrangement should not be seen as something negative because there is an abolition of positions. Precisely with the elimination, the organization will be more effective. If a position is removed, the official will be transferred to another place, so it is hoped that there will be a refresher.

When the organization within the KPK has been improved, it will be more systematic and can automatically maximize the eradication of corruption. When there are additional positions, more and more KPK officers carry out arrest operations, so that more and more corruptors are brought to prison. They deserve it because they have the heart to steal state money.

Meanwhile, Alexander also added that there are 3 steps to eradicate corruption. First with education efforts as a form of prevention. Education can be given to government agencies, so that they will not be tempted to commit corruption, even if it is only 10,000 rupiah, knowing that it is sinful and detrimental to the state. regional officials will also understand how severe the punishment for corruptors is.

Furthermore, education can also be given to students, because they are future leaders. By visiting junior and senior high schools, KPK employees explained what their duties were and explained the dangers of corruption in Indonesia. So that the students will understand and will not do it later, when they have worked later.

The second strategy is to improve the system with a preventive approach. Even the systems in state institutions, offices, or sub-district offices need to be overhauled so that they are more systematic and all computerized. So as to minimize fraud committed by unscrupulous employees, because computers cannot be lied to.

Meanwhile, the third strategy is to take action, with investigation, investigation, and prosecution. It could also be with a hand arrest operation, so that the corruptors really give up and will not repeat their actions.