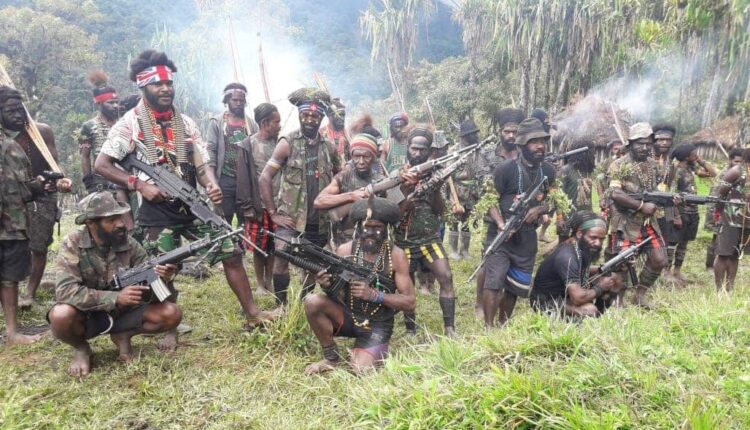 bulletindemocracynews.com|  Separatist and terrorist groups (KST) attack Papuans and have the heart to injure indigenous Papuans (OAP). Even though those who were injured were their own tribesmen, but they did not indiscriminately. KST’s atrocities must be stopped because people on Earth of Cenderawasih do not become victims.

One of the problems in Papua is the existence of KST which terrorizes the community and demands separation. Even though it was clear that Papua was an official province in Indonesia, they insisted on establishing the Federal Republic of West Papua. When their wishes are never granted, they get angry and terrorize the residents and commit acts of violence.

KST carried out an attack in July 2022 in Nduga Regency and caused 10 victims. One of those who died was a priest. KST had the heart to injure indigenous Papuans, moreover the priest should have been respected but was shot cruelly. KST terror is so cruel because it has killed its own tribal brother.

In addition, KST also burned the houses of residents in Painai Regency in March 2022. This incident certainly hurts the hearts of Papuans because they have lost their homes. KST’s actions had exceeded the limit because it was so heartbreaking to burn a house that was a shelter.

When an investigation was conducted, there were several motives why KST had the heart to injure fellow Papuans. First, the motive is economic, because they rob the shop first before carrying out the attack. It could be that they were starving when they were in the forest and they had run out of food.

Second, KST members do not like Papuans to be nationalistic and even pro-Indonesian. The Papuan people prefer to fly the red and white flag rather than the Morning Star flag (which is the symbol of Papuan independence). So KST carried out the attack because they were annoyed with the civilians on Earth of Cendrawasih.

Throughout January to July 2022, there have been more than 20 victims of violence by KST, and the average is civilians. Now is the time to stop their atrocities so that Papua is safe from any rebellion. Do not let the indigenous Papuans be afraid to move and earn a living, because of the actions of KST.

Therefore, the eradication of KST will be more massive. The reason is because they have been too cruel to injure Papuans who are indigenous people. How can they hurt their fellow Papuans? It’s shocking and inhumane. Moreover, the citizen who became the victim was a priest who should be used as an example.
To eradicate KST, the way to do it is to change the name from the Nemangkawi Task Force to the Cartenz Peace Task Force. The task force called ‘peace’ does not mean peacefully and KST is left alone. But to achieve peace, it takes speed and agility in capturing KST.

The arrests were carried out as far as the interior of Papua because of the hidden KST headquarters. If they are chased into the headquarters, they are optimistic that more members will be caught. If it is known where the headquarters is, there will definitely be a bullet fight and this is allowed, because the situation is do or die. The use of guns is here to protect themselves and make it easier to catch KST.

The use of guns when in contact with KST is indeed allowed because it is in accordance with arrest standards. There was no such thing as a violation of human rights when KST was arrested, because they had injured too many indigenous Papuans. No one should exaggerate human rights issues because KST violates human rights by killing the Papuan people at will.

KST should be arrested as a preventive measure because they hurt the Papuan people too often. Don’t let it be left alone because of the danger, later civilians will become victims. Civilians clearly do not have weapons to protect themselves from attacks, therefore KST must be eradicated so that people are safe from the threats and disturbances of these rebel groups.
Apart from arrests, the police also carried out more intensive security measures. The goal is of course to secure the community from KST attacks. Security can be done by wearing plain clothes (aka disguised as ordinary civilians). Papuans themselves are not afraid, in fact they are grateful because they feel cared for.

To prevent further attacks, prevention is also carried out in cyberspace, and the cyber police conduct patrols to eradicate hoaxes and propaganda. War is also being waged on social media by KST, and they are doing it on purpose to influence civilians. Therefore KST’s social media accounts must be eradicated so as not to mislead many people.

KST has the heart to injure a native Papuan who in fact is a relative of his own tribe. They ruthlessly attacked and killed the citizens of the Cendrawasih Earth. Therefore, KST must be eradicated so as not to cause further casualties. The Cartenz Peace Task Force worked hard in making arrests, so that KST could be crushed.

Fuel Price Adjustment to Save the Nation