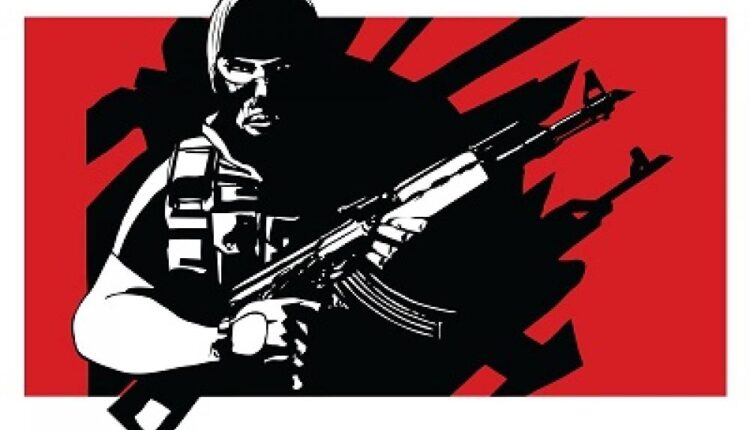 KST Is Increasingly Cruel, Must Be Firmly Eradicated

The Papuan Separatist and Terrorist Group (KST) is increasingly troubling because they rob and treat their victims very inappropriately. KST’s abomination makes them worthy of action so that there are no further victims, especially from civilians.

Papua is currently famous for several things: tourism, natural nature and agricultural products. However, there is one negative thing that has made the name Bumi Cendrawasih rise in the media, namely OPM and KST. They unanimously wanted to be independent from Indonesia and did not believe in the results of the Pepera (the determination of people’s opinion), even though this incident had occurred decades ago.

To expedite the action, KST deliberately caused riots, both ahead of OPM’s birthday on December 1, and on other days. They have done almost countless tragic events. Starting from setting fire to planes, using civilians as living shields, killing immigrants, to being desperate to shoot security forces with a sniper.

Therefore, the community supports firm action against KST Papua because it has committed attacks and killings. Kombes Faizal Rahmadani, Dirkrimum Polda Papua, stated that on 7 October 2022 in Baguwo Village, Painai Regency, Papua there was an attack by members of KST. They robbed and attacked resulting in 9 victims, one of which was a TNI member.

Kombes Faizal Rahmadani added that there were 20 KKB members who carried out the attack so that the victims were outnumbered. They attempted to rob and used homemade guns, not only to frighten but also to shoot viciously. Not only attack, they also want to do something inappropriate to the victim. In the end, they were saved after a resident of Kampung Baguwo came to the TKP.

Even though there were no casualties, KST was still reviled for carrying out attacks on civilians. Even the security forces were also determined to attack and were able to act because they won in numbers. KST has repeatedly hurt Papuans, both those with native status and immigrants.

The community condemned the KST atrocities for being inhumane because they carried out attacks with firearms and tried to humiliate the victims with inappropriate behavior. They have no shame and their cruelty is beyond measure.

Moreover, KST members also intend to carry out robberies to the detriment of Papuans, if the action is successful. KST has frequently carried out raids and thefts and the victims are of course civilians who do not have weapons to defend themselves.

Lately, it has been reported that KST is experiencing financial difficulties, coupled with the effects of the pandemic that have also affected them. When they have no money or food, they choose to rob and the victims are the common people. Therefore, the community fully supports the eradication of KST so that no one is robbed by the rebel group.

Meanwhile, Vice President K.H. Ma’ruf Amin stated that the apparatus (TNI and Polri) took firm action against KST who had made trouble in Papua. Firm steps were taken as a legal action, as proof that the state was there (Papua). There should not be any rioting and separatist actions that could endanger the country and especially the people of Cendrawasih.

Vice President K.H. Ma’ruf Amin continued, there is a group (KST) that deliberately causes trouble so that the Papuan people feel uneasy. The state must be present and maintain the security of citizens, so they can earn a living and carry out their activities in peace (without fear of being shot by KST). A territorial approach to KST needs to be carried out, both by the local government, TNI and Polri.

In a sense, the order to act strictly on KST came directly from the vice president. He was furious because KST had repeatedly carried out attacks in Papua. Even this December, there were a lot of casualties from the attack. KST has violated the boundaries of humanity by killing other people’s lives ruthlessly.

The KST atrocities were regretted by the people because they attacked the security forces. After all, the police are friends of the people. Moreover, the victims were civilians who followed the police entourage. The victims were Papuans but were shot by KST in the heart.

Therefore, when there is an operation to arrest KST members, the community supports 100%. They don’t mind it, because even though KST is both Papuan, his behavior has harmed civilians in Cendrawasih Land. KST is a group of people who act brutally and often commit murders, therefore they must be caught quickly.

The government’s firm action against armed separatist groups was strongly supported by the community. Because KST has indeed damaged peace in Papua too often and has even been too reckless to carry out attacks and robberies. Their behavior that is out of bounds must indeed be repaid with super firm action.

The Worship Complex at IKN is Based on Religious Diversity