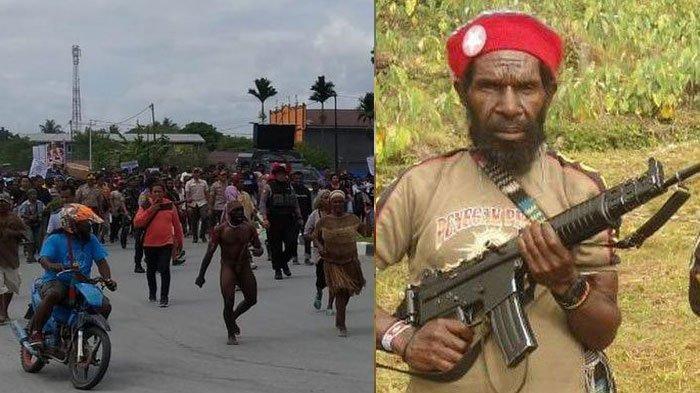 KST Sources of Conflict and Obstacles to Papua’s Development

Separatist and terrorist groups (KST) have become a source of conflict that afflicts the people and hinders Papua’s development. KST must be eradicated because it also hinders development on the Earth of Cendrawasih.

Papua is the easternmost region of Indonesia which is famous for several things: as the venue for last year’s PON XX, as an exotic tourist spot (Raja Ampat and Puncak Jaya Wijaya), and so on. However, Papua is also known as the site of KST as a rebel group. It’s a shame if there is a negative image like this, because it can cover up thousands of other good things on Earth of Cendrawasih.

KST eradication continues to be carried out to secure the community. The safety of the residents is prioritized because they have been proven to have repeatedly attacked. When there were civilians who died as a result of KST’s actions, they reasoned that it was because the victims were spies, but not at all.

KST clearly makes people miserable because residents can’t be free to move, especially if they’re ‘going down the mountain’ aka out of their base. People are afraid of being attacked because from past incidents, there have always been fatalities. Starting from school children, teachers, to health workers, all became victims of the KST attack which was very brutal.

On this basis, the security forces always keep the residents from being hit by KST attacks. Indeed, currently there is a new strategy, namely the welfare approach. Operation Nemangkawi was changed to Operation Damai Cartenz. But peace does not mean letting KST. Instead, KST must be arrested so that there is peace in the community.

KST was arrested because he was a source of conflict. Cunning, this separatist group seduces innocent civilians to join. Or they seek funds and end up evading village funds to be used as capital to buy illegal firearms. The conflict clearly occurs because there is a conflict between those who are pro and contra. Those who are seduced by KST must be made aware that this group is forbidden and should not be supported.

The arrest of KST is a mandatory agenda for the security forces in Papua, because they also hinder development in Papua. When there was construction of the trans Papua road, KST attacked the project workers. So the workers must be escorted by the apparatus, to be safe from KST shots.

In addition, KST also hampered development in the field of education, because they shot teachers and burned school buildings. In fact, if there is no education, the future of Papuan children could be bleak. They are clearly wrong because education is very important, so that indigenous Papuans continue to advance and become future leaders.

I really can’t understand why KST hinders development? In fact, if there is infrastructure development, it is the people who enjoy the facilities. It is strange when they accuse Indonesia of colonizing Papua, because if it had colonized there would be no representative bridges and roads.

When a KST member is arrested then it is a natural thing because they are indeed guilty. The public does not have to pay attention to accusations from outsiders who say that this is a violation of human rights, because it is precisely KST that violates the human rights of civilians by shooting indiscriminately. If KST kills people, then it is already a case of premeditated murder.

KST continues to afflict the people by attacking indiscriminately until there are casualties. Not only civilians, they are also determined to shoot security forces. The eradication of KST is fully supported by the people of Papua, because they have been proven to be hampering development on Cendrawasih Earth and do not want any progress there.