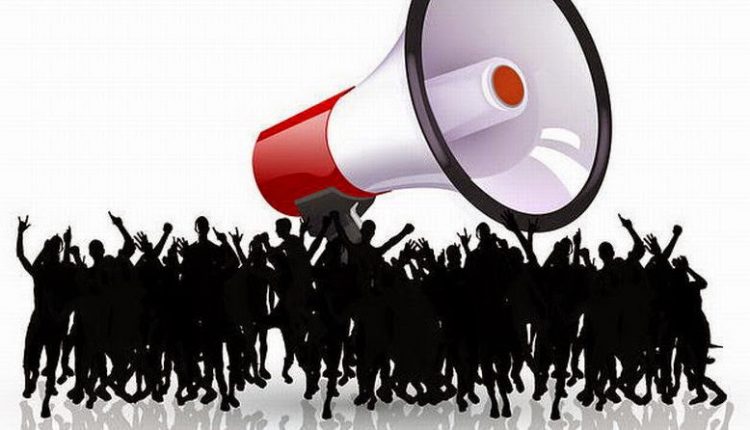 The implementation of the labor demonstration on May 14, 2022 is considered irrelevant, because the issues to be conveyed have already been answered. Therefore, the demonstration is believed to be full of political interests, mainly to raise the popularity of the labor elite.
Labor Party President Said Iqbal said hundreds of thousands of workers would participate in a series of May Day actions on May 14, 2022 in several locations in Jakarta. The series of actions will be carried out at the Regional General Election Commission (KPUD) of DKI Jakarta Province and the Jakarta International Stadium or Istora Senayan.
They demanded that the government lower the prices of basic commodities and reject the increase in Pertalite and 3 kg of LPG. This action seems out of date to voice the concerns of the workers, and after all, not all workers are willing to be invited to take to the streets.

The chairman of the MPR RI, Jazilul Fawaid, appealed to all elements of society not to hold demonstrations that caused riots. According to him, conveying aspirations is indeed the right of the people as regulated in the constitution. However, the demonstration that led to the riots was deemed inappropriate.
According to him, the demonstration is not entirely appropriate, because everything can be discussed. There is no need for demonstrations, because this action will do more harm than good. Moreover, the government is currently implementing the national economic recovery program (PEN). So don’t let demonstrations hinder the national economic recovery agenda. The workers should be able to maximize other forums so that they can fight for their rights. Demonstrations on the street will only open up other problems beyond the fixing of wages.
Demonstrations also have the potential to worsen the investment climate, as well as weakening stock exchange trading, investment activities also have the potential to be hampered. Investors who initially might want to invest in Indonesia, will be worried about the demonstrations that are taking place.

In addition, demonstration activities also have the potential to disrupt economic activity. The economic activities of the people of the capital are also clearly disrupted, such as the KRL Commuter Line network which was disrupted at Palmerah Station to the impact on Tanah Abang Station, clearly harming the workers and also affecting the electric train company.
Not to mention the road closures that are detrimental to various logistics vehicles or other commercial vehicles. If this continues, it is not impossible that the company will bear greater losses.
Meanwhile, the demonstration also does not need to convey demands regarding the impeachment of the Joko Widodo-Ma’ruf Amin government. This of course has the potential to divert the issues being voiced and be a sign that the demonstration is full of political interests.

Of course, if there is something wrong with a leader, demanding dismissal is not a wise path. So it is also worth asking whether the Labor Party is really fighting for the aspirations of the workers, or are the labor leaders taking advantage of the moment to get on the political stage?
Member of the DPR from the Golkar Party faction, Bambang Patijaya, suggested that a number of elements of society who wish to demonstrate do not need to submit demands regarding the impeachment of the legitimate government. Jokowi has also explained about the confusion of several issues, such as the question of the presidential term of office for 3 terms, and has answered firmly by rejecting the discourse.

During the demonstration at the end of the month of Ramadan 1443 Hijri, a banner was displayed urging Jokowi to step down from the position of President of the Republic of Indonesia. In addition, the banner also reads a vote of no confidence in the DPR and the Jokowi-Ma’ruf government. Finally, there was a clash during a demonstration in front of the DPR/MPR Building, Senayan.
Demonstrations are not prohibited, but that does not mean that these actions can run without rules, because after all, demonstrations that lead to harm are better avoided and prefer to use other methods, and there is no need to force workers who are working to join the demonstration.

Beware of Intruders in the Midst of Labor Day