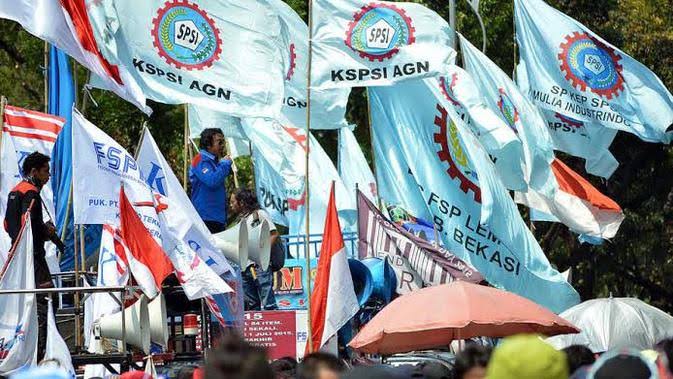 The labor demonstration which will be held on October 6, 2020 is predicted to worsen the handling of the impact of Covid. The reason is, during demonstrations it is very difficult to keep your distance, so you are worried about forming a new corona cluster. In addition, mass demonstrations and strikes will also hinder the national economic recovery program.

The Omnibus law which will be inaugurated this October has caused workers to overheat and are planning a mass strike accompanied by demonstrations. Even though several months ago there was an agreement between the labor union and the DPR Baleg regarding the omnibus law. But now it’s a different story. They insisted on protesting because they felt their rights were being violated.

Actually labor demonstrations are not happening just this time, because usually there is also every May 1. However, this time they violated the regulations, because they went on strike and demonstrations when there was an agreement and the businessmen did not refuse to be invited to discuss it. Moreover, the demonstration this time was held during the pandemic. So it violates health protocols.

Are workers aware of the impact of the demonstrations, namely worsening the handling of Covid-19? If you do a long march while carrying poster paper, you must be overcrowding. Because there were so many participants in the demonstration. The first violation is no physical distancing. The second violation occurred if the demonstrators did not wear a mask or only wore a face shield.

Especially if they drink from the same container. When there is OTG, droplets pollute drinking water and the effect is many people get corona. So, when the demonstration was dismissed by the officers, don’t be emotional. However, it must be understood that the authorities are carrying out their duties to prevent the new corona cluster from occurring. If you have this, when can the pandemic end?

Labor demonstrations can also worsen the government’s national economic management program. If the news about mass strikes and demonstrations becomes headlines in a number of national, even international media, it will be able to shake up the stock market. Because state security conditions also affect the stability of the stock market.

Especially if the workers actually do demonstrations once a week, as in their threat in the last August demonstration. They reject the omnibus law but don’t think about the side effects. When there are too many demonstrations, Indonesia is not considered safe by foreign investors. So they canceled their intention to invest.

Even though there is already a leeway for foreign investment in the omnibus law, in one of the clusters, to encourage their entry into Indonesia. If it is canceled, then the workers will be at their own expense. This is because Indonesia’s economic conditions failed to improve after the withdrawal of foreign investment.

Other national economic recovery programs, such as interest and tax subsidies, could also be threatened with being canceled, if there are too frequent demonstrations. When Indonesia’s security is unstable and markets are forced to close during demonstrations, the flow of money can stop. Indonesia’s financial condition could decline again and as a result the government has difficulty in subsidizing interest and taxes.

The workers should have thought about the future effects before becoming violent in demonstrating. Study the omnibus law draft carefully before striking and rally to reject it. Don’t just read 1 article or even the title, then interpret it yourself. Misunderstanding can be fatal, as a result of the emotional flames at a demonstration.

The government has also designed the omnibus law to save Indonesia from recession, not only to benefit entrepreneurs. Workers are also being defended, because the proof is that they get an annual bonus. According to the Secretary of the Coordinating Minister for the Economy, Susiwijiono, since the beginning of the drafting of the omnibus law, 6 labor unions were involved to provide input. So the government is not authoritarian.

Never mind, there is no point in demonstrating against the omnibus law. If there is a new corona cluster due to protests, do you still want to blame the government? Even though they themselves are violating health protocols. Think carefully about the consequences before igniting emotions during a demonstration.