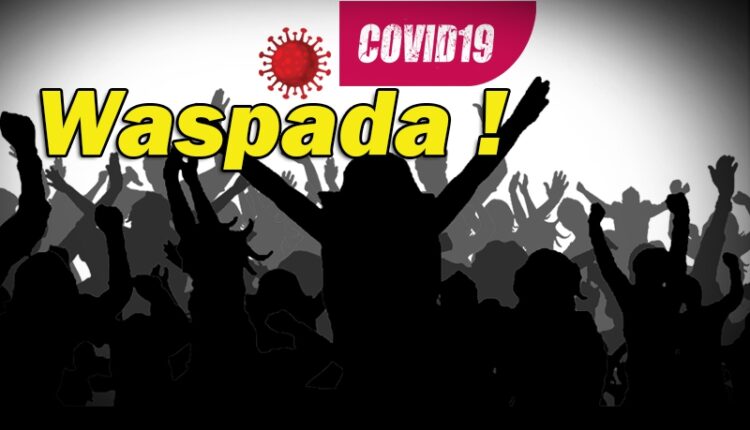 By: Laksmi Anindita)*
Labor groups are planning to hold demonstrations to commemorate Mayday on May 14, 2022. It is feared that this demonstration involving a fairly large mass of action will end in anarchism and trigger new clusters of Covid-19, so that it has the potential to hamper the National Economic Recovery (PEN) and accelerate the transition from the pandemic to endemic.
The Covid-19 pandemic had disrupted the economy in Indonesia, now when the confirmed number of COVID-19 is decreasing and the Covid-19 isolation room is starting to loosen up, of course it is a momentum for the government to carry out a national economic recovery (PEN). Do not let this recovery effort be disrupted or hampered by harmful demonstrations or demonstrations.

Jazilul Fawaid as Deputy Chairman of the MPR RI had appealed to all elements of society not to hold demonstrations that have the potential to cause riots.
Expressing aspirations is the right of the people where this is regulated in the constitution, but a demonstration that has the potential to cause riots is certainly not appropriate. Moreover, all complaints can be resolved through dialogue and there is no need for actions such as demonstrations, because the harm outweighs the benefits.
Meanwhile, Bambang Patijaya as Member of the DPR from the Golkar Party Fraction suggested that a number of elements of society who wish to demonstrate did not need to submit demands regarding the impeachment of the legitimate government.
We need to know that Jokowi has explained about the confusion of several issues, such as the question of the presidential term of office for 3 terms. According to him, President Jokowi has answered firmly by rejecting the discourse.

In addition, he also said that the Indonesian economy is currently growing positively in the first quarter of 2022, the current economic movement is getting more excited after the number of Covid-19 cases began to decline.
During the demonstration at the end of the month of Ramadan 1443 Hijri, a banner was displayed urging Jokowi to step down from the position of President of the Republic of Indonesia. In addition, the banner also reads a motion of no confidence in the DPR and the Jokowi-Ma’ruf government. Finally, there was a clash during a demonstration in front of the DPR/MPR Building, Senayan.

Labor demonstrations are actually an obsolete thing, as if labor demonstrations have become an annual agenda for workers. The irony is that when they act, many of the labor elites carry out sweeping and invite other workers to participate in the action, the result is not a few who take the form of demonstrations while joking as if they do not understand the issues being raised.
Even if there is something to be conveyed, why should there be a demonstration involving workers who may not understand anything? Will the more workers there are, the happier all the workers will be? Or maybe it’s just the elite workers who feel happy because they feel superior among other workers.
Demo action by sweeping is one of the coercion which is of course unethical to do. This will make the demo participants just a cherry among the other demonstrators.

The mobilization of the masses to take to the streets should not have to be done by force so that factory operations are disrupted, even though looking for work requires a struggle. Instead of conveying aspirations, it actually brings harm.
The demonstration also does not need to convey demands regarding the impeachment of the Joko Widodo-Ma’ruf Amin government. This of course has the potential to divert the main issue being voiced and be a sign that the demonstrations carried out by the workers are actions full of political interests. Of course, it is unethical to use Labor as a political tool to increase the party’s popularity.

On the other hand, the government is also trying to realize the transition from the Covid-19 Pandemic to the Covid-19 Endemic, this effort is of course inappropriate if the workers actually take to the streets to cause crowds.
Of course, there are still various ways that workers can do to express their aspirations without the need to take action on the streets to force workers who are still working to participate without understanding what they are fighting for.
Demonstrations of course have a significant impact, ranging from traffic jams to the confidence of potential investors who want to invest in Indonesia. Whereas investment is one of the driving forces of the economy in Indonesia, because with increased investment, job opportunities will be more open.