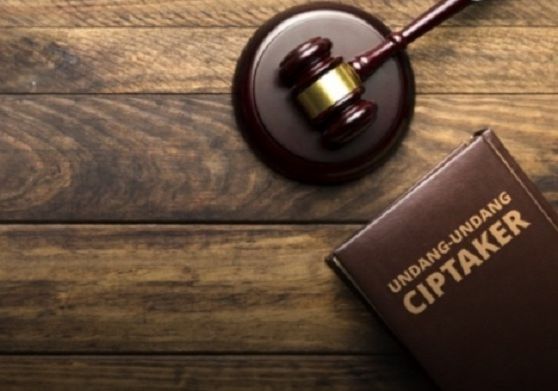 By: Raditya Rahman) *
The government continues to accelerate the implementation of the Job Creation Law. The implementation of the law is believed to be capable of realizing economic growth and national welfare.
In 2020, Indonesia has a new story where the Covid-19 outbreak has been declared a non-natural disaster. This pandemic also has an impact on changes in all aspects of life for the world community.
The spread of the corona virus has changed many plans and the world economic situation, including Indonesia. This is proven by the fact that in 2020 Indonesia will officially experience a recession due to the impact of the Covid-19 pandemic.
Nailul Huda as a researcher at the Institute for Development of Economics and Finance (Indef) said that so far this year, the Indonesian economy has shown a significant slowdown.
This can be seen from the economic growth which slowed down to below 5% at the end of 2020. This figure had improved, although it was still in the minus category, namely 3.49%.
One of the impacts of this minus economic growth, according to Nailul, is an increase in unemployment and poor people.
In August 2020, the Central Statistics Agency said the number of unemployed people had increased to 2.67 million people, so that the total labor force in Indonesia who did not have a job was 9.77 million people.
Meanwhile, the government has also claimed that the Job Creation Law can be a solution to solve this problem. Besides strengthening the steps that have been taken previously related to handling the health sector, social safety nets, and support for MSMEs.
Yustinus Prastowo as a special staff to the Minister of Finance, said that the Job Creation Law could be a powerful solution in overcoming the problem of rising unemployment due to the pandemic.
The government is also preparing three other solutions in facing the economic recession. Starting from strengthening the handling of impacts in the health sector, social safety nets, to stimulus for MSMEs.
In the second quarter, Indonesia’s economic growth contracted by 5.32 percent. This has prompted the government to issue a number of policies that can encourage economic growth, one of which is through the passage of the Job Creation Law (UU Ciptaker). The Ciptaker Law is expected to be able to help boost national economic growth.
This law is a breakthrough by the government to accelerate licensing and improve worker welfare and therefore it must be implemented immediately in order to bring in a lot of investment and create jobs in Indonesia.
A number of substances in the Job Creation Law are arranged in such a way with the hope that changes in the economic structure will be able to move all sectors to encourage economic growth. This law was initiated to simplify and harmonize regulations related to investment and quality work creation as well as worker welfare and the empowerment of MSMEs.
Professor of IPB University Prof. DR Ir. Yanto Santosa, DEA said that the fundamental objective of law Number 11 of 2020 concerning Job Creation is to establish a good business climate in Indonesia. The trick is to encourage ease of investment and increase in employment in the country.
It’s just that, to be able to implement the Job Creation Law to match the government’s expectations, including simplifying licensing regulations, encouraging investment convenience and increasing employment, of course there are a number of conditions that must be met.
According to him, the first prerequisite is that business actors must be made equal partners, not as a party to suspect or be watched out for.
Then, the next prerequisite is that the type of business must be differentiated into two, namely a business that is an initiative or initiative of the government and a business that is an initiative or initiative of a business actor.
For the type of business that is a government initiative or initiative, all licenses should be handled by the government, so that business actors only need to carry out their business operations. Meanwhile, for the type of business that is an initiative or initiative of a business actor, the licensing process is carried out by the business actor with constant assistance from the government.
Then there is a guarantee of legal certainty and consistency of policies or regulations between the central, provincial and district governments of one city.
The Job Creation Law is certainly expected to be immunity for the Indonesian economic sector which had experienced a recession. It is hoped that the Sapu Jagat Law should also be able to synchronize and trim regulations because there are too many regulations issued at the central and regional levels that hinder business activities and job creation. If this law can be implemented properly, it is not impossible that the Indonesian economy will rise.
) * The author is a citizen living in Bogor

The Job Creation Law Opens Business Opportunities During the Pandemic