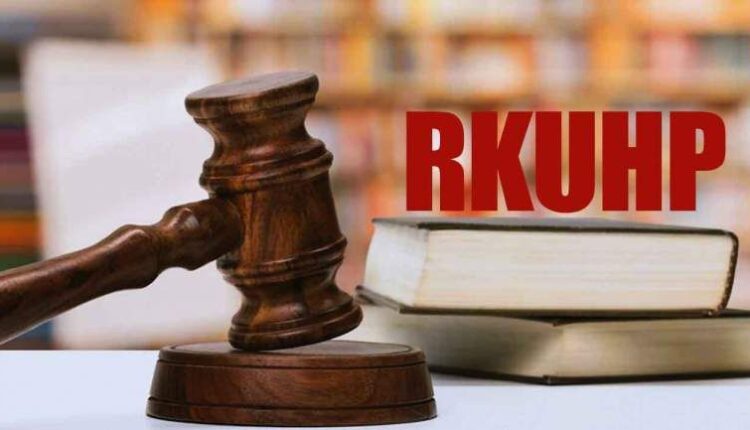 Legal Expert: RKUHP for Certainty of Law Enforcement in Indonesia

JAKARTA – The Criminal Law expert at the University of Jember, I Gede Widhiana Suarda, said that the Draft Criminal Code (RKUHP) is to ensure law enforcement in Indonesia. This is because the current RKUHP is still in Dutch text.

“Until now there is no official translation of the text of the RKUHP which is in Dutch. If we don’t immediately make a new RKUHP with clear and definite language and text, in the future there will be uncertainty in law enforcement,” said Gede Widhiana in the Trijaya Hot Topic Evening program with the theme “Transparency in Drafting the RKUHP”, Monday (12 September 2022) .

According to Gede Widhiana, the crucial thing in the discussion of the RKUHP is still on the value of retaliation or retributive. In fact, the development of modern law today is not only the issue of retaliation but how to restore it.

“It’s in our Criminal Code. Of course, the public must understand that there are developments,” he said.

He added that the public should know that what is regulated in the new RKUHP essentially reflects modern criminal law. It will also reflect the new criminal laws that are all around us. With the living low, it is hoped that the customary criminal law in the area can still be enforced by law enforcement officers.

“This RKUHP wants to clearly enforce that in addition to the articles in the Criminal Code, later there will also be room for living laws to be enforced for law enforcement officers and become the hallmark of our law,” said Gede Widhiana.

Gede Widhiana explained that in fact the RKUHP was created as a gift to celebrate the 77th Republic of Indonesia’s Independence Day in August, so that in July there was an effort to introduce a new Criminal Code. However, because there were various considerations and then the President asked the Deputy Minister of Law and Human Rights to increase socialization and public dialogue until December with the aim of being more open to the public with the new Criminal Code.

“So, it is the crucial issues that have become Pak Jokowi’s concern that this must be conveyed to the public. An open dialogue is made and there are no political matters and so on. This is purely a mutual need. We need a new criminal law. The new Criminal Code,” he explained.

Communication Expert: Students Can Promote Dialogue Without Protests in Responding to Fuel Price Adjustment to Make It More Elegant