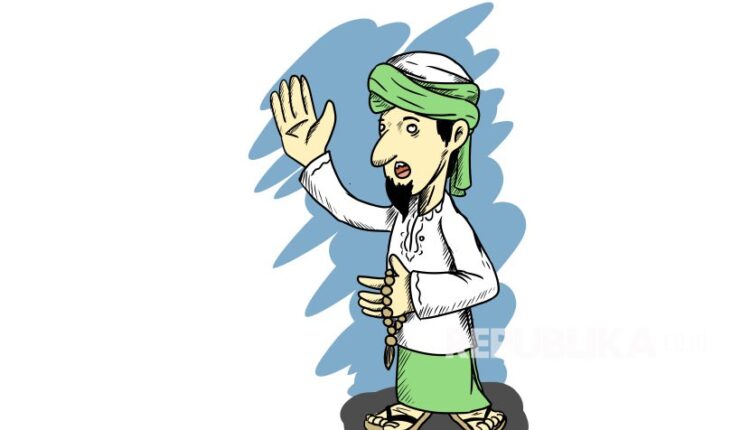 Many Role Model Clerics Who Can Be Followed

During the month of Ramadan, we usually listen to lectures from ustad or scholars. However, it is better if you look at the kiai who can reassure you, not a figure like Rizieq Shihab. The reason is, he does not reflect the actions of religious leaders who should be obedient and polite, but instead sell off harsh words and should not be imitated.

Rzieq Shihab was a controversial figure, both while he was still the leader of the FPI and after going to prison. Unfortunately, he got his popularity in a negative way, namely by showing his big mouth that likes to comment sarcastically. The community was immediately antipathic after seeing their negative behavior.

They were also urged to choose a cleric other than Rizieq Shihab. Because there are still many habaib and scholars who are better than the old man. This was revealed by NU activist, Guntur Romli. The reason is because Rizieq has been imprisoned twice, so he cannot be used as a role model for the people.

Rizieq Shihab was repeatedly hit by cases and jailed twice, in 2003 and 2008. He served 7 months in detention at the Salemba Detention Center in mid-2003 because FPI was sweeping at nightclubs. Whereas careless sweeping is not allowed, because FPI is not an apparatus. In addition, he criticized the governor and the authorities.

In addition, in 2008 Rizieq was again imprisoned for clashes with other mass organizations at Monas. He was found guilty of inciting and committing violence. So you have to feel confinement for 1.5 years. Munarman, a former FPI leader, was also named a suspect in that case.

If we look at Rizieq’s track record , it is clear that he cannot be used as a role model. How can someone who claims to be a scholar plus a descendant of the Prophet, not even reflect morals like the Prophet? Although the Prophet also carried out jihad and preaching, he used a gentle way. Even the prisoners were treated well and did not draw their swords carelessly.

In addition, Rizieq clearly does not like it when dealing with people who have other beliefs and lack tolerance. Even though there is a history when the Prophet fed a blind beggar every day, and he was known to be a non-Muslim. When the Prophet behaved gently and lovingly, but people who claimed to be descended were even as violent? It’s really sad.

Guntur added that he also agreed with Dahnil Anzar’s opinion, which stated that there were a lot of scholars who called for kindness. not a cleric who cursed people here and there. In that sense, how can a religious leader not even set a good example? Shouldn’t a scholar say and behave positively? Not that he likes to insult others.

It seems that Rizieq has had amnesia with one of the Prophet’s hadiths which reads, “Say well or be quiet”. He should have held back and not harassed many people. What happened was that when he became a suspect and finally went to prison for the third time, the old man continued to swear at the authorities, the government, and many other parties.

Rizieq even openly insulted the panel of judges, whom he should respect, at the trial at the East Jakarta District Court. When a crowd case court procession was held in Petamburan, he even doubted the quality of the judge and did not accept being made a suspect. Even though it is clear that he is guilty, because it makes a crowd during a pandemic clearly violates health protocol.

Let’s listen to lectures from ustad, kiai, and other scholars who are widely available in Indonesia. But don’t pay attention to Rizieq’s words, because his babbling only contains hate speech and is of no use. Don’t just choose religious leaders, but choose those who really understand religion and their behavior and words are always positive.

THE NATION OF THE KUSUMA HEROES IN PAPUA