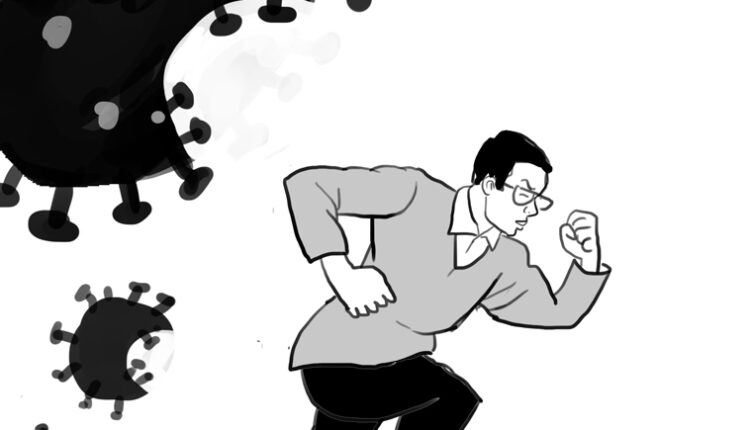 The success of government programs in dealing with corona depends on the attitude of the community. Unfortunately there are those who refuse to wear masks and are stubborn in violating health protocols. The attitude of these elements can be prevented if there is literacy action in the public media, as a form of campaign so that people want to follow the rules and obey protocols.

The very long duration of the pandemic has saturated the public and eventually violates various health protocols. At the end of this year, many held a wedding party that invited many people, and forgot that now there is still corona. Many stroked their chest and were sad because of negligence like this.

During the pandemic, the community was divided into 2 camps. There are those who stick to health protocols, but some are lazy. The younger generation can actually change this situation by supporting government policies and utilizing social media. The goal is that those who are negligent and consumed by hoaxes will obey again.

The Forum for Independent Social Media Activists (FPMSI) created a movement to spread positive content to support government policies. Rusdil Fikri, the head of FPMSI stated that he supports efforts to handle the Covid-9 pandemic for the success of the national policy program. In a sense, social media is used by young people to upload positive status, not hoaxes.

Rusdil continued, the millennial generation are young people who have high spirits. Therefore, it should be channeled so that they are also enthusiastic in fighting hoaxes and the spread of coroa. Also supports government programs. He also creates programs for the distribution of positive and creative content on social media so that there is educational literacy in the community.

Why do you have to go through educational literacy? Because of the evidence, the level of literacy in Indonesia is still very low. Many people are lazy to read books and never buy them again after graduating from school. Reading is considered the work of scholars, lecturers, and other high-class workers. Even though reading is a life skill that everyone must have.

Therefore, young people can be the driving force so that no one is trapped in such hoaxes. The goal is for the government’s program to deal with corona to be 100% successful. People obey and want to obey health protocols, want to be vaccinated, and do not believe in hoaxes outright.

The way for millennials to become supporters of government programs is by creating positive content on social media. Don’t just create an obscure state of confusion. However, make a status to support the handling of corona and only share news from trusted online media, so that hoaxes are not spread.

That content can also be a poster, meme, or infographic. These images can be uploaded on Instagram and Twitter so that more people can see and support them. When there is a lot of positive content to support the government’s steps in overcoming corona, it will be re-shared (retweet or regrann) and go viral.

If it is viral, then a positive content campaign will be successful. Hoaxes are eradicated because they are drowned by other content that supports the handling of corona. The young generation has succeeded in being the driving force to support government programs, and fighting so that the pandemic ends quickly.

On social media, don’t just share news about corona. First check whether it’s a hoax or not. Young people can also support government programs in overcoming the Covid-19 pandemic, by creating various positive content. The goal is that many will see it and support the program as well.