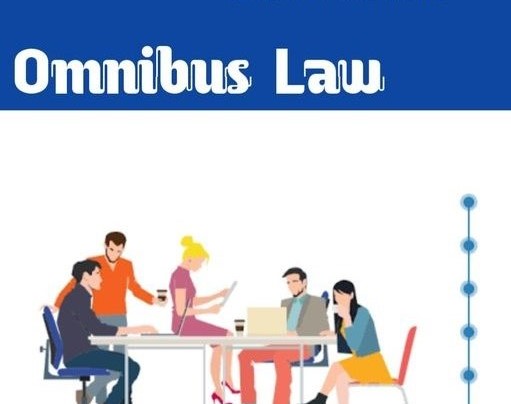 According to the National Development Planning Agency, Indonesia’s medium-term development target for 2020-2024 is the development of a strong economic structure based on competitive advantage through competitive human resources. Under the Jokowi administration volume 2, the government has tried to maintain economic stability and economic growth. In the first period, the economic growth socialized by Jokowi was above 5%, but in fact during those 5 years the figure was stagnant. In the midst of a situation of uncertainty in society and the issue of the trade war between America and China, Indonesia’s economic growth will find it difficult to achieve its target. In the first period, there were several aspects that became the main problem, namely the stagnation of the country’s economic growth. One of them is the low incoming investment in Indonesia. According to the 2019 Ease of Doing Businesses report, Indonesia’s ranking is in 73 out of 160 countries.

Indonesia’s ranking is far compared to neighboring Thailand which is ranked 27th and Vietnam is ranked 69th. Next, it takes approximately one month to start and manage business licensing administration. We can see this from the aspect of starting a business. Currently, the average permit process has to go through 11 procedures, taking about 24 days and a cost of IDR 2.78 million. The new target is that the government will cut procedures down to 9 procedures, with a length of 9 days for processing and a fee of IDR 1.58 million.

With this target, of course the government has various strategies, one of which is the Omnibus Law. In concept, the Omnibus Law seeks to combine several overlapping regulations so that it becomes only one regulation. Thus, the existing bureaucracy will be simpler and the business licensing process will be faster, so that it is hoped that it will attract entrepreneurs to invest in Indonesia. Currently, the Omnibus Law has entered the discussion stage at the House of Representatives and will be ratified if the entire discussion agenda goes smoothly. However, the rejection of the Omnibus Law has also occurred in various regions in Indonesia because they think that the Omnibus Law is bad. In fact, all of them are games of certain parties who do not want government programs to run smoothly, especially to improve people’s welfare. Therefore, let’s close ranks together and block all bad news related to the Omnibus Law. Omnibus Law is a legal product that has been drafted by the government through long and deep consideration so that the results can be accounted for. Moreover, currently Indonesia is being hit by the Covid-19 pandemic so it needs tools to take Indonesia away from the potential economic crisis that might be caused by Covid-19.By supporting the Omnibus Law, we also support Indonesia not to fall into an economic downturn which might be possible. culminating in a crisis that is worse than the previous economic crisis.

OMNIBUS LAW AND LAWS IN INDONESIA