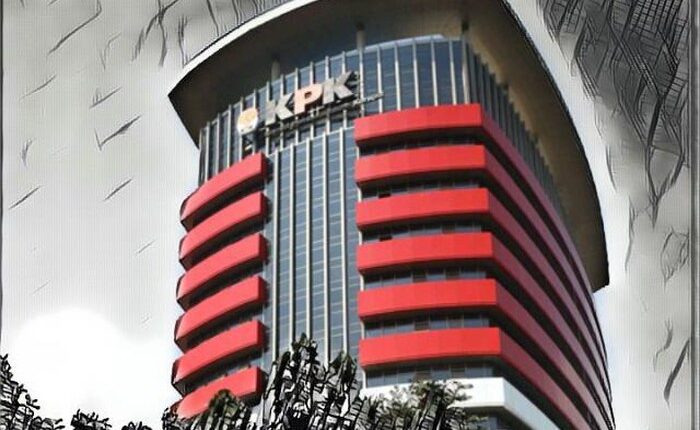 National Insights Test Already In Accordance with the provisions

All KPK employees must undergo a national insight test before being appointed as the state civil apparatus. This test is considered suitable for them, because it is a compulsory test for someone who will be appointed as a civil servant. As state workers, they must be loyal to the state.

When the government issues a PP regarding the status transition of KPK employees to civil servants, they are required to undergo a national insight test. This exam is very crucial because you have to pass, if you want to be appointed as an ASN. Why should a national insight test? Because every KPK investigator and employee must be Pancasila and show a sense of nationalism.

There is a leak of the contents of the national insight test, and the questions ask the following. First, do they feel ethnic hatred? Second, have they understood the nature of pluralism in Indonesia? Also, are they able to appreciate the differences that exist in society? And not involved in prohibited organizations, separatism, and terrorism?

KPK Chairman Firli Bahri stated that the national insight test is a mandate of the Law. In that sense, the content of this test is in accordance with the 1945 Constitution and Pancasila. Where everyone must obey the law, love their country, and not betray by becoming a member of banned or left wing mass organizations.

Every civil servant must show a sense of patriotism and nationalism, so the national insight test is a selection that shows their loyalty to the Republic of Indonesia. They will be appointed as civil servants, therefore they will obey government regulations. How can someone who doesn’t love their country be allowed to become a civil servant?

Do not let any KPK employee end up becoming ASN and turn out to be sympathizers with terrorist groups or banned organizations. Because he could abuse the facilities and his position at the KPK. Therefore, the national insight test is indeed a powerful selection to filter whether he is really not involved with mass organizations affiliated with terrorism.

Firli continued, this test is not a way to expel certain parties. Because there is no personal interest in getting rid of certain parties. All decisions made by the KPK are group decisions, not personal orders. In that sense, there is no sentiment towards certain employees, and the public should not link up with certain KPK investigators.

This test is also not a method to overturn someone who is predicted to do something worrying, because the national insight test is also conducted by other CPNS. When a person takes an exam at a ministry or state institution, or a state campus, he is also obliged to do it. It is the standard and not making it up.

So what about the fate of KPK employees who do not pass the test? They will not be fired or ordered to retire early, but will receive coaching. The goal is to have a greater sense of nationalism and to understand the essence of Pancasila and the 1945 Constitution. The government certainly will not act cruelly and dismiss people carelessly.

This is the best solution for both parties. Those who are not screened in the exam will still be appointed as ASN, with the condition that they pass the national insight test in the next period. Meanwhile, those who have passed the test are just waiting for their appointment on June 1, 2021, right on the miracle day of the Pancasila.

The national insight test is not a test that causes certain KPK employees to be suspicious, but is appropriate for candidates for state apparatus. Because everyone who wants to become a CPNS is also obliged to follow it. This test tests whether someone loves Indonesia and is not involved in terrorism, radicalism, extremism, and is affiliated with banned mass organizations.