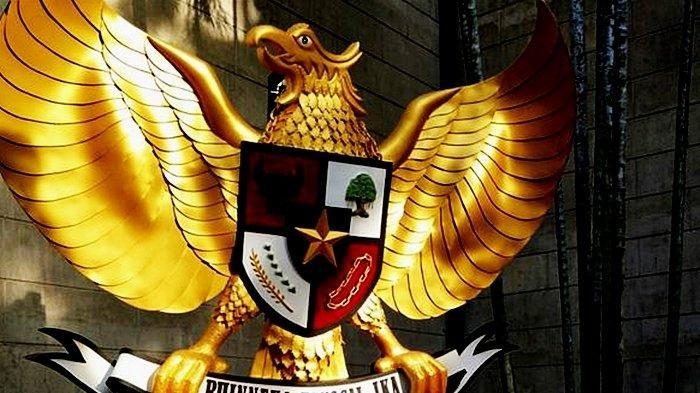 The existence of the national insight test was a big news, because every KPK employee had to undergo it. The test is very crucial, because it determines before it is inaugurated as the state civil apparatus. Because every civil servant must show love for the country, right?

This test is indeed very crucial, because you don’t want the ASN candidate to become a figure who undermines the country or become a traitor, because he is secretly supporting a terrorist group. Loyalty to NKRI number 1, because as a civil servant, it must show a sense of nationalism and patriotism.

Ridlwan continued, the KPK is a country that is financed by the state budget. Do not get compromised by individuals who have personal or group agendas. Because the KPK is under the state, so no one should interfere with the sovereignty of the state from within.

There were those who protested why the national insight test material was different from the same test during the CPNS exam at other institutions or ministries. It could be that this exam is adjusted to the current issue. The goal is that no KPK employee is indicated to be involved in terrorist networks, radicalism, or banned organizations.

For example, if we look at the example test questions. First, are they intolerant of people with other beliefs? Second, do you support the leaders of the banned mass organizations who have been vocal with the government? Or they may turn out to be involved with the LGBT group. So it must be warned not to deviate from the right track.

So that the test material is really made to select how much integrity KPK employees have towards the state and have never had any contact with criminal acts of terrorism. If there are employees who are proven to be in contact with banned mass organizations, intensive coaching will be held.

The national insight test is conducted by the State Civil Service Agency, and is confirmed to be very objective and the results are valid. It is not true that there are rumors that this exam is being held in order to get rid of certain investigators who are suspected of having links to banned mass organizations, even though they are employees with integrity.

From the test results, it was reported that 75 people did not pass. Even though there are more than 3,000 KPK employees. Meanwhile, employees who do not pass the national insight test will not be simply fired or forced to resign, even early retirement. Because there has been no official statement from the KPK Chair.

The national insight test must be carried out by every KPK employee before they are inaugurated as state civil servants. This test is able to select whether among those who are involved in banned mass organizations, separatism, or left-wing movements. This test is very suitable for ASN candidates, because they do have to show loyalty to the country.