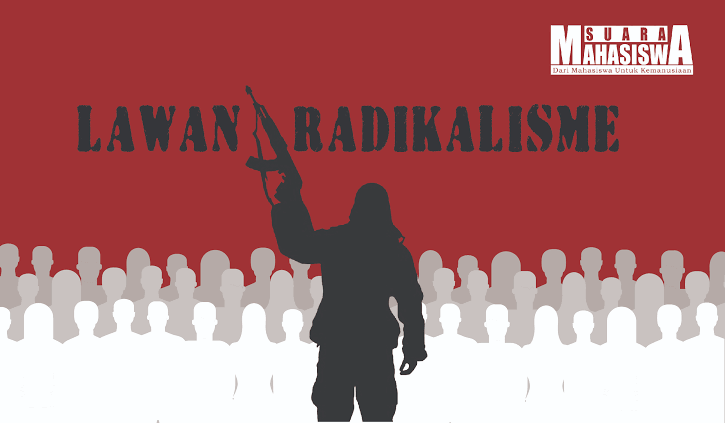 When radical mass organizations were dissolved by the government, the citizens fully supported this action. According to netizens, there is indeed a need for assertiveness and law enforcement, so that radicalism is not rampant. Because if this is allowed, Indonesia’s unity will be seriously threatened.

The disbandment of the FPI became a big news, because finally he finally graduated after 22 years of existence. The public really appreciated President Jokowi’s assertiveness and felt relieved when there was a SKB 6 Head of Institution which became the legal basis for the dissolution of the mass organization. Finally, nothing else disturbs the peace in Indonesia.

According to the Coordinating Minister for Political, Legal and Security Affairs Mahfud MD, actually FPI as a mass organization is considered non-existent, because since 2019 the permit has not been extended by the government. So that it is automatically considered dissolved de jure . In that sense, the dissolution of an organization through the SKB is a way to reaffirm that it is no longer allowed to carry out activities in Indonesia.

Netizens appreciate the dissolution of radical mass organizations and consider it a year-end gift from the government. Because so far many have complained about their disturbing actions. These mass organizations always insist on the ideology of the caliphate and reject Pancasila, even though this action can be categorized as separatism. Because they want to defect and destroy the Republic of Indonesia.

We must be vigilant when there is news circulating on Facebook, Twitter, etc. Moreover, only the results of shares in the WA group, because it has been forwarded many times. So that the source is unknown and it could be fake news. As smart netizens, check and check horrendous news, don’t let it be a hoax which is propaganda from radical mass organizations.

Apart from using propaganda on social media, they do not hesitate to threaten them with sharp weapons, even bombings. Citizens prove this from the news of the findings of sharp weapons and rifles belonging to radical mass organizations. There are also photos of mass organizations practicing immunity, as well as videos of them being affiliated with ISIS. The authorities also arrested 35 of their members who were involved in terrorism.

Warganet also supports law enforcement from radical mass organizations. In the sense that when a member of a mass organization is guilty, it is permissible to be made a suspect, regardless of status. Even though he was a lecturer, when he was arrested, it did not mean the criminalization of ulama. Because he was guilty of breaking health protocol and committing hate speech .

Likewise, when the mass organization takes action beyond its boundaries. Netizens even commented positively when there were officers who prohibited sweeping , because they understood that this activity could only be carried out by the police or Satpol PP. So far, the sweeping carried out by mass organizations has been carried out in entertainment venues, malls, and cafes which they consider suspicious, but in fact they are not.

Citizens do not blame the authorities, because they understand that careless sweeping is very dangerous. In addition to threatening safety, it can also disrupt pedestrian activity. If the sweeping is carried out in a stall, the owner will suffer a great loss. Because he got off the benefits. So the perpetrators of sweeping can indeed be jailed for acting like thugs and causing harm to many people.

Netizens have flocked to reject sweeping and anarchist actions by radical mass organizations by creating status on Facebook and hashtags on Twitter, so that their campaign will be successful. They are very tired of rampant radicalism and destroying peace in this country. The cohesiveness of netizens is needed, so that we are united, not criticizing each other.

When the government decisively dissolves radical mass organizations and enforces the law, the citizens will support it 100%. They compactly praised President Jokowi ‘s actions for thinking about the safety of his people. Because radicalism can destroy the integrity of the Republic of Indonesia and destroy peace in Indonesia.

) * The author is a citizen living in Bengkulu

Vaccination and Discipline for the Covid-19 Pandemic Free Solution