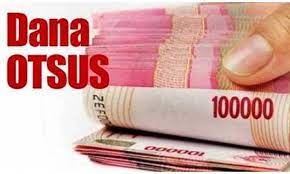 Special Autonomy or Otsus for Papua Province is a special authority given by the government to regulate and manage the interests of the Papuan people based on their rights. The existence of Otsus is considered to be able to provide a welfare for Papuans, as evidenced by the many supports that continue to be echoed for the sake of creating Otsus Volume 2.

Last March, approximately 50 Papuans took part in a parade using traditional clothes near the State Palace in support of Special Autonomy Volume 2. The purpose of wearing these traditional clothes is considered to be to introduce the different ethnic groups and people of Indonesia but still have one goal. It is only natural that Special Autonomy should be continued as an effort to advance the Land of Papua and it is hoped that there will be no more discrimination against Papuans, because after all, Papua is part of the Republic of Indonesia.

Efforts to continue Otsus Papua are a benchmark for the government’s concern that development is not only focused on certain areas, but throughout the region. The development of infrastructure, education, health facilities, to improving the economy is the focus of the government in each region.

Previously, Otsus Volume 1 had been carried out smoothly and the Papuan people had felt its progress during the Otsus. The government continues to maximize aid channels to all regions in Indonesia, solely with the aim that all regions get the same facilities without any differences. Likewise with the many aspirations of the people in Papua, Otsus Volume 2 is expected to provide more welfare for the people.

As stated in Law No. 21 of 2001 (State Gazette of 2001 No. 135 and Supplement to State Gazette No. 4151) which has been amended by Perpu No. 1 of 2008 which regulates the course of Papua’s Special Autonomy. The existence of Otsus Volume 2 is a positive first step in order to build people’s trust in the Government, as well as a strategic step to lay a solid basic framework for every effort that needs to be made to complete the resolution of problems in Papua Province.

Therefore, the Indonesian people continue to support and encourage the acceleration of the ratification of Special Autonomy Volume 2 for the fulfillment of the rights of the people in Papua. As the people of Indonesia who care and want to move forward together, the prosperity of Papua is a complete hope as a step towards achieving a great nation.

Head of the Region Supports the Sustainability of Otsus Papua