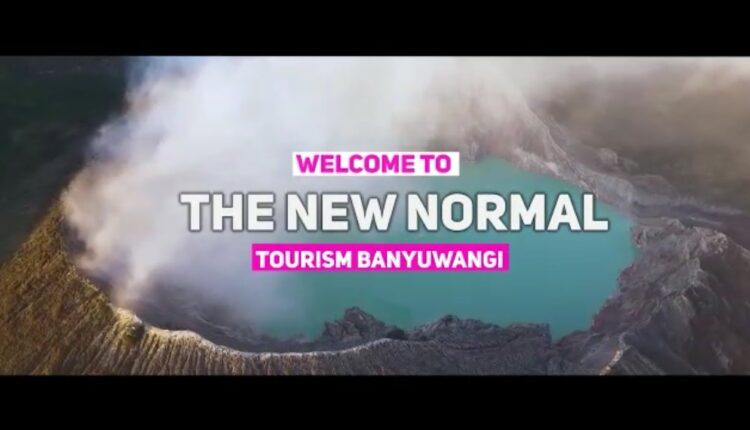 The tourism sector was one of the sectors most affected during the Covid-19 pandemic . Entry Restrictions Large-scale Social ( PSBB ) make akti v itas halted travel, but it also tourist buses were not operating during a pandemic. However, new normal is a new hope for businesses in the tourism sector to be able to work again productively.

Minister of Tourism and Creative Economy Wishnutama was asked to prepare a tourism program in the country. This was conveyed by President Joko Widodo to prepare a new normal order in the tourism sector.

Jokowi also appealed that ahead of New Normal, the Menparekraf could aggressively promote local products and arts, historical heritage, traditions, wealth or entertainment to attract tourists in tourist destinations.

The former Surakarta Mayor also requested that the Menparekraf not do so hastily. He wants that the stages of security until the security protocol is carried out tightly so that it can be controlled properly.

Wishnutama said, the Province of Bali has the potential to become a Province that will open its tourist spots in the new normal period. This is because the transmission of the corona virus in the province is relatively low.

Wishnutama said, Bali is one of the provinces with very good handling. In this case he also saw the corona virus spread curve in each region.

In addition, the thing that must be considered is the region’s readiness in implementing the health protocol. Therefore, Wishnutama admitted that he would coordinate with the regional heads in advance regarding the plan to open this tourist site.

In addition, Wishnutama also reminded the discipline of tourists which became an important factor .

People who will travel must comply with health protocols such as implementing social distancing , wearing masks and maintaining hygiene by washing hands before or after entering tourist attractions.

Meanwhile , the ranks of the TNI-Polri have stated their readiness to conduct security with a persuasive approach related to health protocols in the tourism sector.

This follows the acceleration of the co-19 handling task force policy that allows natural tourism sites in the green and yellow zones to be opened to the public.

The Head of the Public Relations Division of the National Police, Inspector General Argo Yuwono, explained that the ranks of the TNI-Polri, especially in areas that have tourism potential, have taken direct action to create a safe and comfortable atmosphere for visitors.

He said the ranks of the Indonesian National Police and the local government would prepare a number of facilities supporting the health protocol standard.

The facilities include spraying disinfectant liquid to ensure that the location remains sterile. Then, a hand washing area complete with a hand sanitizer is also prepared.

Cok Ace also said, if later the central government allows Bali to re-open as a tourism destination, the Bali Provincial Government will not open all tourist attractions in Bali.

Mel ainkan, where the tour will be opened gradually advance, of course, to always evaluate the effectiveness of health protocols are applied.

This is done so that tourists who come to Bali can feel safe and comfortable so they can return to their home countries without being struck by anxiety.

SOP Health protocol is also a focus that must be applied in an effort to open a place of business ahead of New Normal.

But with this pandemic, it is not possible for his party to be able to display culture such as dances and several other shows.

For this reason, the Bali Provincial Government will also refer to the second option, which is to promote the power of natural tourism dance, which in nature tourism also contains cultural values ​​that can attract the attention of tourists.

He also invited the Balinese people to make Bali nature as a tourist attraction in Bali. Cok Ace also wants people to be able to integrate the values ​​of local wisdom with health protocols.

The application of New Normal is of course expected to boost the tourism sector, which has not been active for a long time.