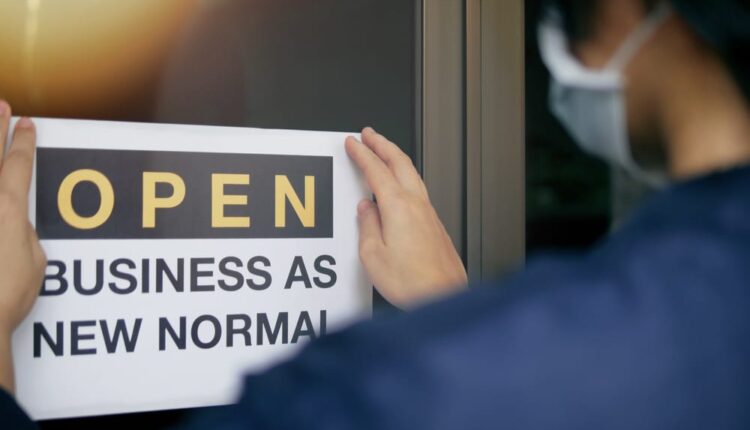 After being hit by a corona storm, Indonesia again tried to revive the economic sector. The opening of the new normal era created new hopes for entrepreneurs, because the factory was allowed to operate again. The employees are also happy because they can work again. Even Indonesia is predicted to become the second country after China, whose economic growth is advancing rapidly even though it was hit by co-19 attacks.

The terrible covid-19 virus not only attacks the human body, but also our economic conditions. When there are stay at home regulations, street vendors are confused because they lose buyers. Now that the new normal era is opening, they can breathe easily because old customers start arriving.

The markets and supermarkets that were reopened also made the economic wheel move again. There is more money circulation, although not as much as before, before there was a co-19 pandemic. But this should be grateful for the people’s purchasing power is still there, although there are some who are forced to reduce tertiary and secondary spending due to declining income.

To accelerate economic recovery, local governments must facilitate it. This was stated by Fadel Muhammad. The Deputy Chair of the MPR stated that with the operation of the industrial sector, the economy could be stretched back and control economic growth. So he welcomed if the factories were activated again, after being shut down because there were stay at home and PSBB regulations.

Fadel Muhammad who had served as the Governor of Gorontalo also added that the facilities provided by the regional government could be in the form of market operations, aka selling groceries at very affordable prices. Food houses at the village level are also activated, and involve MSME entrepreneurs, especially when the local government is spending the budget. This is indeed beneficial for both parties, because the local government gets goods at affordable prices and MSME entrepreneurs benefit.

The steps proposed by Fadel are very good to be applied in many cities and villages. When there is a market operation, the community can be happy because they can get rice, sugar and other food at cheap prices. Especially at this time, people tend to prioritize the purchase of embako over other goods. The proposal to involve MSMEs is also good, because these entrepreneurs are still in the middle and small classes. They should be considered by the local government, because they dare to try even though there is not much capital.

The public is also expected to obey government regulations, so that the Indonesian economy can rise again. Buy local products to benefit MSME entrepreneurs. Obey health protocols when shopping at markets, malls or supermarkets. At a minimum wear a cloth mask and bring a hand sanitizer. But it’s better to wash your hands in the space provided. Because if everyone is orderly, there are no more corona patients. So that Indonesia will not be hit by the second wave of co-19 attacks and forced to lockdown.

We must be optimistic that Indonesia will not fall into a recession trough. Economic growth in Indonesia in the early quarter of 2020 is worrying, but that does not mean it continues to decline. The government has tried hard so that the economic sector will rise again. One way is to open a new normal era and reopen markets and shopping centers. Obviously by complying with health protocols.

) * The author is a citizen, living in Bekasi