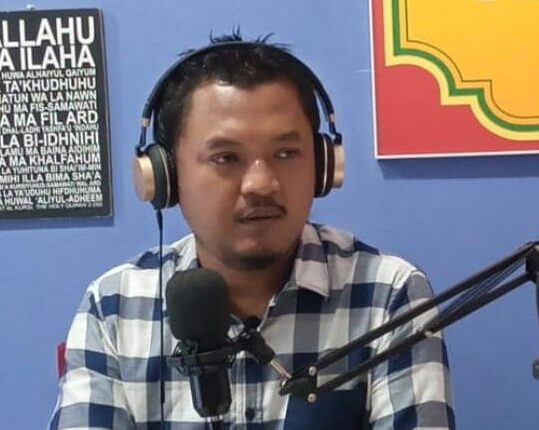 JAKARTA – Terrorism observer Robi Sugara said the acts of violence carried out repeatedly by the Papuan Separatist Terrorist Group (KST) have entered the perspective of terrorism.

The pattern and movement of the Papuan KST that carries out acts of terror against the sense of comfort in the life of the people of the nation and state also violates the principles of the protection of Human Rights (HAM) and opposes the legitimate power of the state.

“The government doesn’t need to be afraid of the excuses for Human Rights (HAM) that activists, NGOs, and NGOs who support KST Papua often make. Taking firm action is imperative as a sovereign country,” said Robi, who is also a lecturer at UIN Jakarta in the ICF TV Channel Podcast with the theme ‘Support Law Enforcement, Active Role of Indonesian Diplomacy in Countering Internationalization Efforts for KST Papua, Wednesday (23/6/2021). ).

He said the actions carried out by armed force were the format and pattern of the character of terrorism. In fact, said Robi, it could be said to be an even more extreme act, namely an armed separatist terrorism movement that must be dealt with firmly.

Therefore, the Government’s statement through the Minister of Politics, Law and Security, Mahfud MD, that the TNI and Polri take action and arrest all members of the KKB is correct.
“The Papuan KST movement that carries out acts of terror and physical terrorism with the characteristics of terrorism can be categorized as a condition that is ‘clear and presents danger’, which clearly disrupts the integrity and sovereignty of the state,” he said.

Moreover, the KST Papua movement does want a separate ideology from the Unitary State of the Republic of Indonesia, carried out unconstitutionally. This can be seen either through the movement carried out by violence (by violence) or without violence which is then covered by democratization.

Therefore, according to Robi, anyone who holds the principle of sovereignty, whether they are activists, NGOs or independent institutions, must evaluate them objectively and issue a statement that the KST Papua act with a systematic pattern of terrorism is a gross violation of human rights, not a gross violation of human rights. political absurdity.

“This KST Papua is clearly a terrorist movement and pattern in the form of an armed separatist movement that must be taken decisively by the state, even the action can be compared to the terrorists that have been carried out by Densus 88 Polri,” he said.

This means that you should not discriminate against Muslims who are just about to commit terror, they have been labeled as suspected terrorists, while the Separatist Groups in Papua, which have clearly carried out terror, even though they are in the area, are still a pattern of terrorism. []