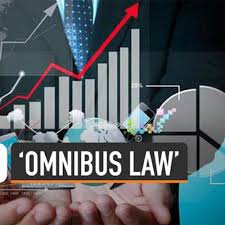 For those who do not agree or reject the omnibus law, they argue that at least according to the perspective and version of the Indonesian Trade Union Confederation there are nine controversial points and the negative impact of the omnibus law. All things that are rejected are everything related to the wage system, outsourcing employees, working hours, and foreign workers who are considered to be burdensome to local workers and become the tools of the authorities to increasingly make maximum use of workers, but the pay is not commensurate. Not to mention the rejection regarding the loss of social security so that the fate of workers in the future is even more bleak.

Loss of minimum wages, loss of severance pay, very easy dismissals, lifetime contract employees, lifetime outsourcing, exploitative working hours, foreign workers, potentially free entry to Indonesia, loss of social security, and criminal sanctions are missing in a number of provisions in the Law – Law number 13 of 2003 makes workers increasingly reluctant to agree to the passing of the Omnibus Law. In fact, all of these are just circulating issues without seeing the goodness of the Omnibus Law first.

For that, we as a society should not necessarily believe the issues that are circulating because the news in them is not necessarily true. We recommend that you check the truth first. The government has reviewed the Omnibus Law thoroughly and deeply so that of course it will have a good impact on society.

Indonesia is Optimistic Can Get Out of the Covid-19 Pandemic