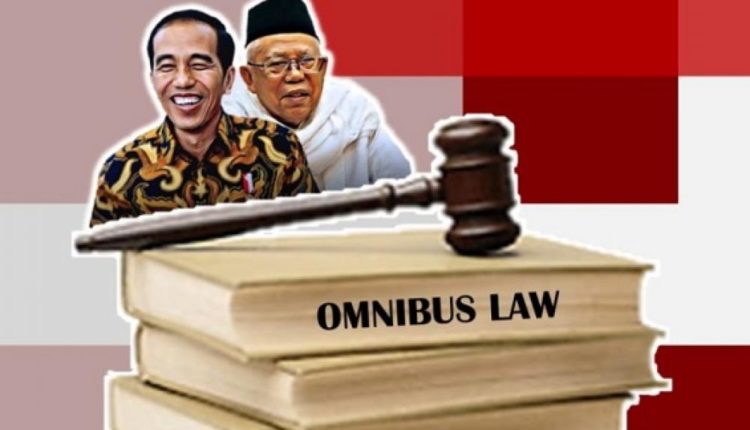 The inauguration of the omnibus law Cipta Kerja is eagerly awaited by the people of Indonesia, especially job seekers. They are waiting for the government’s promise to create new jobs and reduce unemployment. After working, they will also get a salary according to the UMP and increase their prosperity.

The unemployment rate in Indonesia has increased since the country was hit by the Covid-19 pandemic. More and more people are losing their jobs, because companies and factories are closed due to losses. They are confused because they have lost their source of income, while the severance pay they are given is not sufficient. When you want to apply for another job, there are no vacancies.

Coordinating Minister for the Economy Airlangga Hartarto stated that the Job Creation Bill fulfilled the rights of Indonesian citizens to a decent job and life. The purpose of this draft law is to create equal employment opportunities throughout Indonesia, as widely as possible. Because the government certainly wants to prosper its people.

People’s welfare will increase because everyone has a job with a very decent salary. If the number of unemployed decreases, the crime rate automatically decreases. So this bill does not only affect the state’s financial condition, but also on security in Indonesia.

Through a survey conducted by the ITB Statistics Department, 85% of workers and job seekers approved the draft Job Creation Bill. From the results of this research, it is evident that many people are pro with it, so it must be legalized immediately. In order for the unemployment rate to decrease, which has an effect on increasing people’s purchasing power, then Indonesia’s financial condition will also improve.

BUMN Minister Erick Thohir stated that due to the pandemic, an estimated 23 million people in Indonesia lost their jobs. However, when the Job Creation Bill was promulgated into law, there could be 46 million vacancies that will be opened. So we must be optimistic and support this bill. Because it not only benefits employers, but also workers.

New job opportunities are created because in the Job Creation Bill there is a relaxation in investment regulations. An investment business license that used to take months or even years will be possible in a short time. Because the Job Creation Bill bypasses the complicated bureaucratic flow. Indeed, since Jokowi took office as President, the bureaucracy was straightened out.

It is hoped that with this new law, investors will enter Indonesia and invest in various sectors, from the economy to tourism. Automatically they need masons to build buildings and also employees. This will open many jobs and the number of unemployed will decrease dramatically.

Why should you invest? Because a country is assessed on its progress based on the number of incoming foreign investors. The more foreign investment, the more advanced it is. Indonesia can move up the ranks, from a country with an intermediate category to an advanced category.

After obtaining employment, the former unemployed will be paid the minimum wage of their respective provinces. They can breathe easy because they get an income with a nominal payment that is more than enough. Automatically increases his welfare. If the salary is still below the UMP, then you can report it to the Manpower Office.

As good citizens, we need to support the Omnibus Law on the Job Creation Bill because it not only benefits workers, but also unemployment. They can get a job because there are many new vacancies. When everyone works, they can meet their respective needs and people’s purchasing power increases.