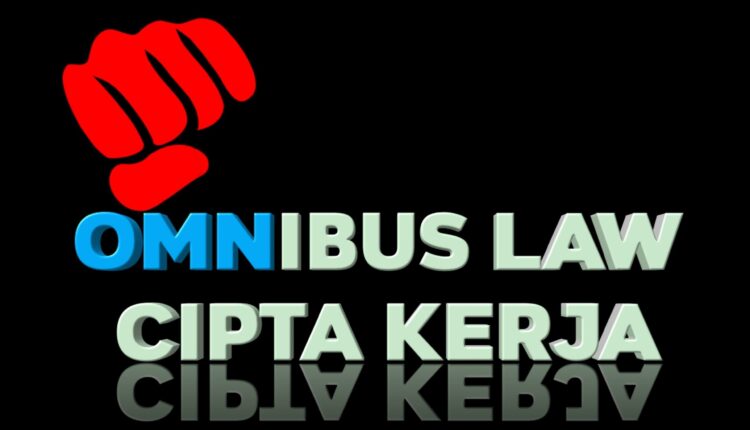 The government initiated the creation of the Work Creation Omnibus Law Bill in order to bypass regulations that have been complicated and hinder investment. The community also supports this policy because it is considered capable of increasing national competitiveness and restoring the economy affected by Covid-19.

To increase investment and restore the economy after the Covid-19 pandemic, President Joko Widodo will implement the Omnibus Law. This was conveyed by the President during the reading of the 2021 Financial Note at the DPR Building on Friday (14/8). Jokowi said that the application of the omnibus law could encourage investment and national competitiveness.

The former mayor of Surakarta also said that the state revenue plan is IDR 1,776.4 trillion and state expenditure of IDR 2,747.5 trillion. Thus, the budget deficit is estimated at Rp. 971.2 trillion or the equivalent of 5.5 percent of GDP. It is planned that the 2021 budget deficit will be financed by utilizing safe and carefully managed financing sources.

Secretary of the Coordinating Ministry for Economic Affairs Susiwijono said the benefits of implementing the Omnibus law. One of them is eliminating the overlap between laws and regulations.

In addition, the omnibus law is also expected to eliminate the sectoral ego contained in various laws and regulations.

Previously, the Chairman of the Legislation Body (Baleg) of the DPR RI Achmad Baidowi had ensured that the Omnibus Law on Job Creation would provide benefits to the community, especially MSME players.

Finance Minister Sri Mulyani said that the reform of 72 laws (UU) through the omnibus law scheme would cut the overlapping investment licensing regulations at the central and regional levels. Through this revision, the government wants to improve investment licensing so that it can attract more investors to Indonesia.

Previously, the omnibus law scheme could be interpreted as the concept of making a law that combines a number of rules into one law which will be used as a new legal umbrella. Sri also said that in the early stages, the government will identify regulations that become obstacles to investment licensing for businesses in the field.

The use of the omnibus law scheme was announced because almost all of the laws that will be revised regulate investment licensing. The hope is that after the change in regulations, investors will be more eager to invest in Indonesia.

This was conveyed by Baidowi in connection with the discussion of the Work Creation Bill in the UMKM Cluster which was targeted to be completed soon and would continue to be broadcast publicly.

Meanwhile market players have also been waiting for the outcome of the Work Creation Bill (RUU) or the Omnibus Law. The government also had a target to finish the discussion of this bill by August 2020.

Chief Investment Officer of Eastpring Investments Indonesia Ari Pitojo said that currently his party is continuing to monitor developments. This is because the number of points set will determine the ease of investing in the future.

Ari said that his party hopes that the points are related to the ease of efforts to recruit and release workers.

Coordinating Minister for the Economy Airlangga Hartarto revealed that the discussion of the Omnibus Law Bill was continuously being rushed. Communication between the government and the DPR has also been intense.

Deputy Chairman of the Indonesian Chamber of Commerce and Industry (Kadin) for International Relations, Shinta Widjaja K. Hopes that the investment climate in Indonesia will be able to boost national industry in 2020. So that, it can contribute significantly to economic growth.

According to him, the Omnibus law is a breath of fresh air to improve the investment climate, so that it attracts investors to enter Indonesia.

We cannot close our eyes that in a pandemic like this many people have lost their jobs so that the national purchasing power of the people has drastically decreased, of course this requires strategic policies to save them, one of which is the application of the Omnibus Law.

KAMI Does not Represent the Aspirations of the Community