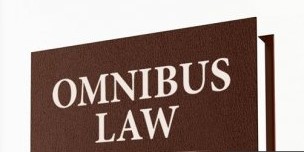 More and more people want to open new businesses, but unfortunately they run into several regulations. Even though they already have capital, they have to take care of business permits and go through a long bureaucracy. The Job Creation Bill makes it easier for people to open a business and take care of licensing.
The number of unemployed is still high in Indonesia, especially during the pandemic, many employees were laid off. Actually, this problem can be cut down by motivating them to become entrepreneurs, because they can become independent and even open new job vacancies. But unfortunately, if you want to start a new business, you will run into licensing, regulations and lengthy bureaucracy.
The government made a Job Creation Bill to overcome this. This bill will make doing business easier, especially for MSMEs. According to an economist from Unpad, Anang Muftiadi, this bill will focus on advancing MSMEs, because it will absorb more work. UMKM is used as the lead project for the Job Creation Bill because there are various sectors and business characters.
If someone wants to open a small and medium scale business, the main problem is capital. So the government drafted a rule in this bill so that there is a DAK (special allocation fund) for business people, so they can get money to open a business. With this loan, the business can run and be rotated so that it continues to generate profits.
The special allocation fund also provides a budget for empowerment and development activities of small and medium enterprises. Opening a business is easy but not everyone can maintain it. So with the help of this fund, small entrepreneurs can be trained to develop their business to make it bigger. For example, with a digital marketing workshop.
Apart from the problem of capital, MSME businessmen also ran into regulations when they wanted to upgrade their status to PT. He must have a deed of establishment and have at least 50 million rupiah in capital. In the Job Creation Bill, the rules on depositing money are abolished. Then the amount of capital given to the PT is handed over to the founder.
In the past, a Limited Liability Company had to be established by several people, but now small-scale businessmen can establish PT individually. This method avoids conflict because only one person makes the decisions. In addition, it also makes the business progress faster, because when it is officially a PT, it will get the trust of many clients.
A businessman who wants to make it unnecessary to take care of a company incorporation deed, it is enough to take care of a company establishment statement letter. All he has to do is make a notary deed as proof of a change in status. Then it was passed to the Minister of Law and Human Rights for free. The arrangement is also done electronically, thus speeding up licensing.
When a businessman has an official business license, he will no longer be bothered by the tortuous rules and bureaucracy. This can also break the chain of corruption, because in the past they had to bribe unscrupulous individuals so that permits could be completed quickly. However, because now you can take care of it online, there is no longer a gap for individuals to get facilitation payments.
When the PT is official, business people can export their products in peace, because they are no longer asked about the problem of business status. By expanding the market overseas, the business will be more advanced because there are more buyers. Automatically the economic situation in Indonesia will slowly improve even though it has been hit by the Covid-19 pandemic.
The rules in the Job Creation Bill were made to benefit entrepreneurs. Especially for MSME business people. Because 90% of the types of businesses in Indonesia are run by MSMEs. So they get priority from the government, and their business permits are really facilitated by the articles in the Omnibus Law on the Job Creation Bill.
Intan Prameswari, author is a contributor to the Cikini Press and Student Circle