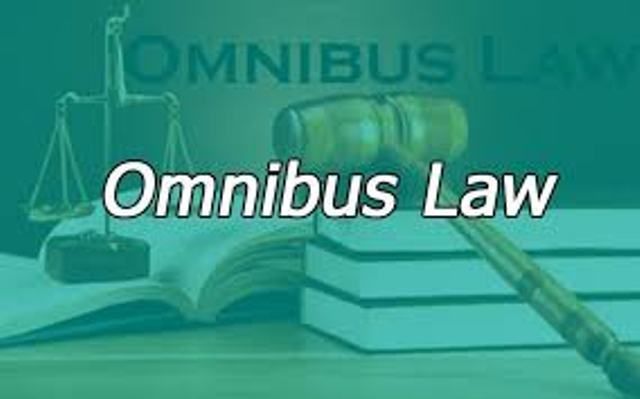 When Joko Widodo was inaugurated as president for the second term, in his official speech the elected president reconfirmed the government’s plans and needs for the Omnibus Law, as well as asking for political support from the Indonesian Parliament. His speech excerpt as follows: “We have to simplify all forms of regulatory constraints, we have to cut them, we have to cut them. The government will invite the House of Representatives to issue two major laws, namely the Employment Creation Law and the UMKM Empowerment Law. Each of these laws will become the Omnibus Law, namely one law that simultaneously revises several laws, even tens of ….. “.

The purpose of the omnibus law was made to simplify licensing and regulations. At the same time to attract investment, and to overcome regulatory overlaps. The passion and enthusiasm for forming this omnibus law were also based on his evaluation in the first period, where President Jokowi’s vision and mission was to facilitate investment from abroad to Indonesia. Jokowi did mention the importance of simplifying the bureaucracy. Investment for job creation must be prioritized. Long procedures have to be cut.

Omnibus Law is a legal concept created to target a large issue and has the possibility to revoke or change several laws. Making laws that are considered to be able to take over several previous regulations. Immediately put in a package of laws. Other foreign countries also often do this kind of thing. This means that the omnibus law is a method or concept of making regulations that combines several rules with different regulatory substances into one regulation under one legal umbrella. The number of overlapping laws in Indonesia is trying to be resolved through the Omnibus Law. One of them is the labor sector.

If we see this, we as a society should be grateful because the Omnibus Law is a form of government concern for the future of the workforce in Indonesia. The government wants to ensure that Indonesian workers can work according to their pay, and are not less competitive with foreign workers who in recent times are claimed to be increasingly in Indonesia.