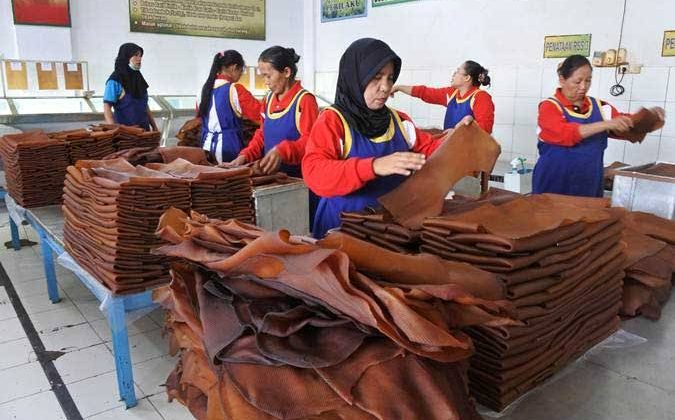 Contract workers have been considered “second class” citizens because they do not have the same rights as permanent employees. However, with the passage of the Omnibus Law of the Copyright Law, the existing regulations can eventually be changed. So they can get an annual bonus, social security, and provide a decent wage.

The problem of money can provoke a commotion, because it involves the lives of many people. Unequal employee salaries create social jealousy in the company. Contract employees feel like stepchildren because the pay is mediocre. Even though they need a decent salary to survive.

To overcome this, the government carefully drafted the omnibus law for the labor cluster. Even compared to investment clusters or others, it is the employment cluster that is most often closed. Because the government wants to prosper all workers, including those who are still on contract.

So far, contract workers have had the bad luck, because they can only work for a few months. If you want to be appointed as a permanent employee, it depends on the company’s needs. They work in the same place as permanent employees, but do not get the same rights, such as bonuses and social security.

Minister of Manpower Ida Fauziah stated that contract workers will receive an annual bonus from the company. The amount is 1 time salary. Even the company must prepare it from the beginning, when a worker is contracted for a certain period of time. According to Ida, this is the first time this has happened in Indonesia.

Ida continued, the company has hired contract workers. Then he must calculate in detail and reserve funds for the annual bonus. Especially if the company is a large scale company, you should not be stingy in giving bonuses. If you refer to regulations, violations can be reported to the Manpower Office in the area.

From Ida Fauziah’s statement, contract employees should feel grateful to the omnibus law Cipta Kerja. Because it guarantees their welfare. Annual bonuses can increase income. Even though they are not civil servants, but they get bonus money like the 13th salary.

In addition to the annual bonus, the omnibus law also deals with equal rights between contract employees and permanent employees. Elen Setiadi, Expert Staff of the Coordinating Ministry for Economic Affairs for Regulation, stated that contract employees will also receive an equivalent nominal salary. He is also entitled to K3 (occupational health and safety) insurance and social security.

The equal rights between contract employees and permanent employees under K3 guarantee will make them work safely. Because when you have an accident at work, it will be borne by the company. Moreover, companies may not fire employees who are sick because of work accidents. Their fate is more saved by the omnibus law.

In addition to these guarantees, contract workers will receive a job loss guarantee (JKP) if they have to be laid off. This regulation will prevent arbitrariness in the company, when a boss fires a contract worker. He had to pay JKP, apart from severance pay. Contract employees can’t just be let go.

Contract employees are also human, so they must be respected by the company. When he is entitled to the same rights, there will be equality and justice will be enforced. Employees will feel at home and their performance will improve, because they feel cared for by the company. Not just being squeezed out of energy and brains.

The Omnibus law, especially the employment cluster, need not be feared or even demonstrated. Because this regulation actually saves workers, especially those who are still on contract. They get equal rights like permanent employees, by receiving the same salary. Also entitled to receive health insurance, K3, and other guarantees.

The government makes an omnibus law so that people are prosperous, including contract workers. They can feel a decent life and are relieved to be rewarded for their performance by the company. The various rights received by contract employees are very appropriate, because the government tries not to differentiate between contract workers and permanent employees.

)* The author is a citizen, lives in Palembang

Demonstrations during the Pandemic are prone to contracting Covid-19