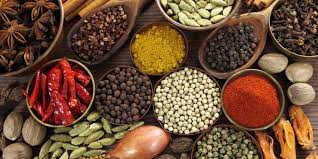 The government is trying optimally in creating food stability, including by carrying out market operations. With government intervention, the community can easily access and reach the community.

Since the end of 2021, the price of cooking oil has experienced a sharp increase, if initially it was only 36,000 rupiah per 2 liters but rose to 40,000 rupiah. The majority of mothers are certainly worried because cooking oil is the main need in the kitchen, whereas if there is a price increase it is not worth the money they spend.

The government helps the community by establishing market operations in Bogor and will be followed in other areas. Coordinating Minister for the Economy Airlangga Hartarto stated that it was hoped that market operations could help residents to get basic necessities at low prices. Also as a real step to help the needs of the community.

The market operation is indeed eagerly awaited by the community because they can shop at below market prices (because there is a subsidy from the government). Apart from cooking oil, prices for other kitchen necessities also increased, such as chicken eggs, which cost 29,000 rupiah per kilogram (though a few months ago it had dropped to only 20,000 rupiah per kg) and red chilies, which cost 94,600 per kg.

Market operations like this are also awaited in other areas because more and more housewives need oil and other basic necessities at low prices. They are happy because they can spend sparingly and the remaining money can be saved for their children’s school needs. Even though you have to queue for a long time during market operations, it’s okay, for the sake of cheaper cooking oil prices.

With market operations, it also shows the government’s concern so that the people do not suffer. The reason is, after almost 2 years of the pandemic, the economic situation of the community is not too stable. Indeed, people’s purchasing power has started to rise again (after falling in 2020) but the situation has not returned to the way it was before the pandemic. This operation simultaneously creates food stability.

Apart from housewives, those who benefit from market operations held by the government are rice stall entrepreneurs and other MSMEs in the culinary field. The reason is, they can’t help but use cooking oil in running their business. When the price of oil rises, it will be difficult to raise the selling price, for fear of being abandoned by buyers.

Food stability must be created so that people do not suffer from the rising prices of cooking oil and other types of basic necessities. The government is trying hard to keep prices down so that people can spend fairly, but it doesn’t hurt the entrepreneurs of palm oil and its processed products (as producers of cooking oil). There needs to be a win-win solution so that everyone benefits.

To create food stability, similar market operations will also be carried out in other areas, even to remote areas in Indonesia (and outside Java). Equity must be done so that there are no people who are dizzy because the prices of basic necessities are strangling their necks. Sembako is a basic need so the community must be helped to keep the price stable.

Food stability is a requirement to become a better nation because if the people starve then we will not have the energy and enthusiasm to build the country. After all, food is a basic human need. The government is trying to fulfill the rights of its people, including in the food sector.

The government is trying to stabilize the price of cooking oil and several other types of basic necessities. In order to cool the community so that it does not become volatile due to the increase in cooking oil prices, a market operation was held in Bogor and will be followed in other areas. Assistance will be given to the community so that food stability is created.