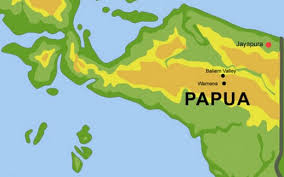 The government continues to strive to advance Papua, one of which is the special autonomy program. The program is believed to be able to accelerate development and realize the welfare of the Papuan people.

There is no need to argue that Papua is part of Indonesia. In the prevalence of international law, there is a principle of possidetis juris, namely the postcolonial countries inheriting the territory left by the colonial state.

In the book Minutes of the BPUPKI Session published by the State Secretariat of the Republic of Indonesia, it was determined that Indonesia’s territory was the territory of your former Bel Indies , plus Malaya, North Borneo, Papua, Portuguese Timor and the surrounding islands.

Therefore, it is fitting for us to work together to advance Papua, one of which is by optimizing the Special Autonomy Program (Otsus).

Se jak 2002, Papua and West Papua has gained special autonomy funds amounted to Rp 94.24 trillion, in which almost every year has increased. The special autonomy fund is one of the instruments used by the central government to accelerate development in the two provinces.

Indonesian President Joko Widodo has also issued Presidential Instruction (Inpres) Number 9 of 2020 concerning the acceleration of the development of Papua and West Papua. This policy aims to consolidate and optimize the internal coordination pattern of the Ministry and the Regional Government of Papua.

Jokowi also issued a presidential decree (Keppres) Number 20 of 2020 concerning the Integrated Coordination Team for the Acceleration of Welfare Development in Papua and West Papua. The coordinating team is chaired by Vice President Ma’ruf Amin with Daily Chairperson Suharso Monoarfa as Minister of Bappenas.

The Jokowi-era government prioritized the focus on optimizing the internal coordination of the ministries to understand the ‘taste’ of Papua. This is the government’s choice of policy in dealing with problems on the Earth of Cenderawasih.

Previously, Marshal Hadi Tjahjanto as the TNI Commander, emphasized that the capital to become a developed province was already available in Papua and West Papua. The main requirement is that it can bring prosperity to the people of Cenderawasih Earth when all parties work together.

He said that the progress of Papua and West Papua requires good quality human resources. Covering the quality of education, health, work and life.

Papua and West Papua are an inseparable part of the Republic of Indonesia. The beauty and richness of nature are gifts from God. This region has various potentials and challenges that must be jointly managed by all elements of society for the sake of welfare.

Hadi believes that religious leaders, traditional leaders and community leaders hold very important positions because they have a good understanding of the social situation and local wisdom in their respective regions. Community leaders are a bridge between the government and the wider community so that the Papuan people become more prosperous.

Currently Papua is a tourist destination thanks to its natural beauty and Raja Ampat is a jujugan for foreign tourists. They want to visit the eastern region of Indonesia because it is considered exotic and exudes natural regional beauty. The tourism business is running smoothly thanks to the Sentani International Airport, which was built with special autonomy funds.

In the past, Papua was synonymous with the true eastern region , only in the form of forests and less modern people, but now it is different. Thanks to the special autonomy funds, there have been many developments that have advanced the Earth of Cenderawasih. Even a multi-event National Sports Week (PON) will also be held in Papua, this is of course the pride of Papuans because their territory is in the spotlight.

Previously, the government had submitted a proposal to revise the Papua Special Autonomy Law to the Indonesian Parliament. The legislative body followed up by creating a Special Committee (Pansus) to discuss the revision of the Law.

In the DPR Plenary Meeting for the Closing of Trial Period III for Session Year 2020-2021, February 10, 2021, a decision was made to form a Special Committee for the Bill on the Second Amendment to Law Number 21 of 2001 concerning Papua’s Special Autonomy.

The progress of Papua and West Papua is of course not only about infrastructure development, but also requires good human resources. This includes education, health, employment and life.

To accelerate the sector of education, health , employment and life, of course a special formula is needed, one of which is special autonomy, which has become the supporting capacity for Papuan and West Papuan children who wish to continue their education.