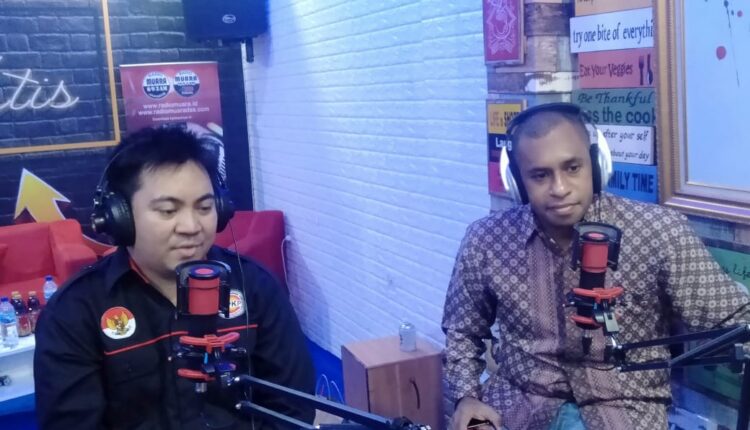 Jokowi is also the only President who often visits Papua because he wants to know very well the problems directly on the ground.

Bonny admits that developments in Papua are extraordinary. After seeing Timika, Wamena, Sentani, and Jayapura, the progress is also very encouraging. In this province, there is a lot of potential that can be developed, such as tourism, fisheries and animal husbandry.

“The commitment to the welfare of Papua is also proven by the sustainability of Papua’s Special Autonomy (Otsus). Where the implementation of special autonomy carried out by the central government is considered an approach to improve welfare, while reducing the gap between Papua and other provinces,” explained Bonny in the ICF TV CHANNEL Podcast with the theme “Otsus Volume II, Solutions and the Jokowi Government’s Commitment to Advancing Papua”. presenting Steve R Mara, Papuan Youth Leader, Thursday (24/6/2021).

In special autonomy, Bonny added, the central government gives more authority to the regions, while also respecting the basic rights of indigenous Papuans. The community is also directly involved in overseeing it directly.

Papuan Youth Leader, Steve R Mara also said that if there are shortcomings or rejections, it is normal, because this is part of criticism so that Otsus is better.

According to him, this is simply a difference in perspective where the central government thinks that Otsus is for the welfare of the Papuan people, while other parties see that it is not optimal. In fact, large funds have been disbursed.

“We agree that the presence of Otsus is to answer the problems in Papua. As the antithesis where when the New Order was all centralized. It also encourages the development of Papua’s human resources, health and economy. Besides that, it is necessary to encourage dialogue between Jakarta and Papua,” added the Chairman of the Papuan LIRA Youth.

In addition, Steve Mara also encourages transparency from the provincial government regarding the special autonomy fund. In addition, there are improvements in the distribution of the Special Autonomy budget in the regions, considering that the locations of coastal and mountainous areas are different.

Moreover, even though it has been given the authority and large funds, the Human Development Index (IPM) of Papua is still quite lagging behind, however, the HDI figures in Papua still show an increase from year to year.

“This of course must be a concern to remain united in pushing for Otsus to continue in the future and be continued as Pa Jokowi’s commitment, which is loved by the Papuan people,” he explained. []