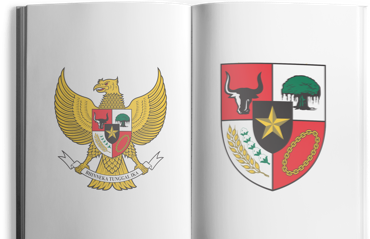 Pancasila is a guideline for national development, especially in the aspect of mental development. By implementing Pancasila, society will become tolerant and able to accept differences more openly.

Pancasila is the inviolable basis of the state. Bung Karno has proclaimed Indonesia and put Pancasila as high as possible, and even though the era of independence has long passed, we must continue to implement Pancasila. All the precepts in Pancasila should be practiced because they serve as guidelines if you want to be a good citizen.

Currently in the reform era, Pancasila is also still important because it can dispel various negative streams such as terrorism and radicalism. In addition, Pancasila is also a guideline for national development. Deputy Chairman of the MPR RI Ahmad Basarah stated, “Regional heads must have an obligation to uphold and practice the values ​​of Pancasila. This obligation is contained in Law number 23 of 2014 concerning regional governments.”

Basarah continued, “There are many ways to practice the values ​​of Pancasila. Implementation can be done through a policy or regulatory approach. An example is the government of the Special Region of Yogyakarta (DIY) which ratified the Pancasila education regulations and national insight. The goal is to maintain Pancasila, inflame the spirit of nationalism, create harmony and nurture tolerance.”

In a sense, Pancasila can be a guideline for national development, especially in the field of education. If possible, each region imitates the DIY Provincial Government by making Pancasila education lessons and national insight. Not only students who study entrepreneurship courses, but also elementary to high school students who study Pancasila.

Later the goal is that students from an early age not only memorize Pancasila but also implement it. They become people who are religious and always get along in society, even though they are in an environment where residents have different beliefs. The students came to understand that Pancasila is not just five sentences but it shakes the heart because if it is practiced it will make a person wiser.

When they grow up, the students will become human beings who understand each other and do not force their opinions, because they are aware that in Pancasila it is taught to always consult to reach consensus but must respect each other. With the teachings of Pancasila from an early age, it becomes a guideline to build a strong and not angry mentality.

With the teaching of Pancasila, a person’s mentality will be educated. They will not cheat because they implement the precepts of social justice for all Indonesian people. In the future, if you become a leader, either a governor or a RT-level leader, it will not be arbitrary because you always act fairly and remember to practice Pancasila, as a guideline for national development.

If everyone understands Pancasila, it will minimize divisions in society. They understand each other and do not act intolerantly, such as forcing opinions or blaming others just because their Facebook status is different or they have opposing political views.

Alif Fikri, Author is a contributor to the Pertiwi Institute