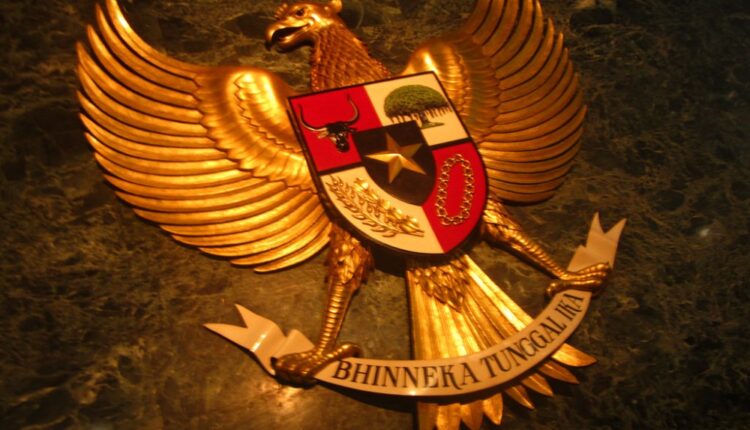 In the midst of the crisis due to the pandemic that has not subsided, there are still groups that utilize the conditions of this pandemic to spread the propaganda of radicalism and the issue of communism. On the pretext that the group spread sweet promises of the transnational ideology of the Islamic Khilafah as a constitutional system. On the other hand, the issue of the rise of communism emerged which was linked to the HIP bill, even though it was not true.

However, these issues are a reminder for us to always protect the archipelago from understanding or teachings that want to destroy tolerance in the midst of the diversity of tribes, cultures, and religions in Indonesia. So it should be thankful for the Unitary Republic of Indonesia to stand firm with Pancasila as the basis of the state even though radical pahal storms always attack. Through the symbolism of unity in diversity we need in the breath of national travel, now is the time to build a resilient Indonesia in the New Normal Era based on the Pancasila Ideology.

The Indonesian nation is a nation with the ideology of Pancasila, so every precepts must be applied in the life of the nation and state. That is, the use of civil rights in the context of national and state life must always be accompanied by a sense of responsibility to God Almighty and according to their respective religious beliefs. In addition, the people of Indonesia need to uphold humanitarian values ​​in accordance with human dignity and dignity, guarantee and strengthen national unity that must be utilized to realize social justice

Pancasila is an immunity vaccine for a variety of national problems with which NKRI has always stood up to the present. Through Pancasila all differences can be embraced in the concept of unity and consensus. Pancasila is a form of compromise of various ideologies that have been embedded in the heart of every Indonesian people.

Historical fact noted, although Pancasila was faced visually vis the threat of ideology of socialism and communism, and was also opposed by the bearers of Islamic ideology in the early independence period, the Republic of Indonesia with the Pancasila ideology still stands today, and united elements of the nation . In fact, with the unity and unity of the Indonesian nation in the midst of diversity, it has become a reference for many countries as a country of lasting peace by upholding tolerance and mutual cooperation.

There is no country that has a diversity of ethnicities, cultures, religions, so that languages ​​can have the same vision and mission except the Unitary State of the Republic of Indonesia. This is a great pride of the Indonesian people. This mindset must continue to be instilled in the young generation to be able to protect Indonesia and continue the struggle of the nation’s ancestors.

On the other hand, Pancasila is a national philosophy that is able to accommodate various aspirations of citizens. This is an important note, considering that in order to support the progress of the country, confrontation of aspiration and criticism is very necessary even with the limits of tolerance.

From this, it is clear that the existence of the Pancasila in the political system in Indonesia is a form of unifying genius and diversity of the Homeland. Pancasila stands neutral and flexible among a variety of ideologies. Pancasila also stands as a philosophy that is explored from various cultures in the archipelago. Pancasila is also in harmony with the religions and beliefs that are developing in Indonesia.