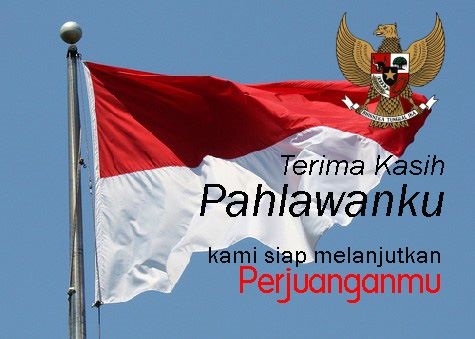 Motherland is just grieving. A total of 53 of the nation’s best sons and daughters died in torpedo shooting exercises at KRI Nanggala-402. This German-made submarines sunk or otherwise subsunk in marine waters of North Bali on Saturday (04/24/2021) afternoon.

The tears have not dried up yet, sad news has returned to this nation. Sunday (25/4/2021) at 15.30 WIT, the Head of Regional BIN ( Kabinda ) Papua Brig. Gen. TNI I Gusti Putu Danny Nugraha Karya died. Brigadier General Putu died in a gun battle with an armed criminal group or KKB while inspecting the location of the arson carried out by the separatist group in Beoga , Puncak Regency , Papua.

Regional Military Commander Maj XVII Ignatius Yogo Troyono said Putu Brig new corpse tomorrow evacuated her . At that time, Yogo had not yet received a detailed report due to obstruction of communication.

The death of Brigadier General Putu is proof that BIN is proactive in maintaining security and stability in Papua. BIN, led by General Budi Gunawan, is very serious in dealing with Papua so that it remains part of the Unitary State of the Republic of Indonesia (NKRI).

Putu Brig itself was a leader who was known to be loved P apua, nurturing, and protecting the people of Papua. Putu, who served as Kabinda Papua through a transfer by the TNI Commander Marshal Hadi Tjahjono on June 18, 2020, is a popular leader.

The death of Brigadier General Putu made the Papuan people mournful. Moreover, Brigadier General Putu performed duties at Beoga Puncak , even went directly to the field, to restore security after security disturbances to the community in Beoga . Thus, Brig Putu Kusuma died as a hero of the nation defender persatua n unity of Indonesia.

The death of Brigadier General Putu also added to the length of the number of victims due to the brutality of the KKB. KKB often enrages the government by acts of terror against the people of Papua, they disrupt the security and stability in the P apua sake of Papuan independence agenda. What a petty move.

I agree with the opinion of the former head of the State Intelligence Agency (BIN) General TNI (Purnawirawan) AM Hendropriyono expressed in 2019. According to Hendro , the Free Papua Organization (OPM) is not an armed criminal group (KKB). Hendro considered the OPM to be a rebel.

For that, Hendro asked the OPM to be included in the list of international terrorists. Moreover, so far the government has deployed the TNI to crush the OPM. This means that the OPM is not a KKB and has turned into a terrorist. If OPM is a common criminal, the government should simply deploy police personnel.

Responding to Hendro’s statement , Coordinating Minister for Political , Legal and Security Affairs Mahfud MD stated that the government would study it . Hendro’s proposal will be discussed in an inter-ministerial meeting regarding the government’s steps to resolve problems in Papua.

Terrorism is an act that uses violence or threats of violence that create an atmosphere of terror or widespread fear, which can cause mass casualties, or cause damage or destruction to vital strategic objects, the environment, public facilities, or international facilities with ideological motives. , politics, or security disturbances .

If we look at the definition of terrorism, the KKB deserves to be called terrorists.

The National Counterterrorism Agency (BNPT ) also proposed the same thing as Hendropriyono . Head of BNPT, Commissioner General of Police, Boy Rafli Amar, in a hearing with Commission III of the DPR RI on March 22, 2021, stated that the OPM atrocities deserve to be categorized or equated with acts of terror . OPM should be convicted under the articles of the criminal act of terrorism because it is against humanitarian values ​​and spreads fear in the community.

I hope Brigjen Putu will be the last victim of OPM violence. It is enough for OPM to indulge the sons and daughters of this nation in Papua. I am sure that the government will act appropriately and decisively to save the Cenderawasih Earth, which is still sweet honey and is targeted by certain groups to escape from the Republic of Indonesia. Hopefully the Papuan people will be smarter and not provoked by the OPM and hopefully the OPM will soon be declared an international terrorist.