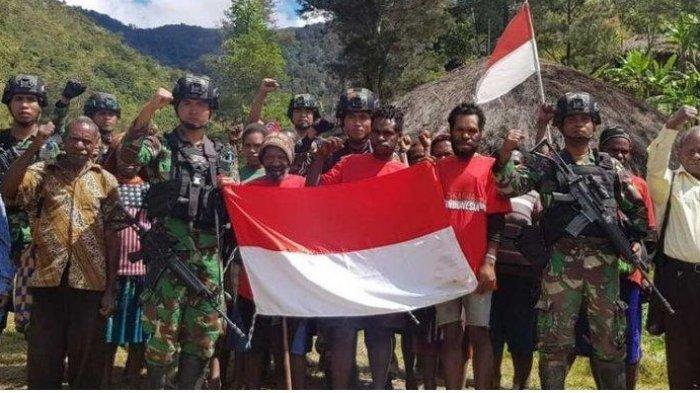 Papua is an inseparable part of Indonesia. The government also continues to develop Papua, including by continuing to extend the Special Autonomy and continue the development of Papua.

Do you remember the Papua National Sports Week (PON) last year? This magnificent event is the first PON event in Papua and the Papuan people are very proud to be appointed as the host. The selection of this province is not a joke, because it is considered capable, and also because Papua is part of Indonesia.

President Jokowi’s government is very concerned about Papua and is trying to make the area as fast as possible in the fields of economy, health, and others. Equitable development must be done because it implements Pancasila and so that the people there get the same facilities as in Java.

Ester Yambeyapdi, a lecturer in history at the University of Cendrawasih, stated that Papua is important for Indonesia. In a sense, don’t let this area be noticed by other countries, only noticed. When there is an incitement from them to hold a referendum, the government remains calm because all this time it has paid so much attention to the Papuan people, so they believe that no one wants to defect.

Papua is an inseparable part of Indonesia and the evidence is that the government has always prioritized Papua. First, President Jokowi often visits the Earth of Cendrawasih, even setting a record as the head of state with the most goodwill to Papua. Second, there is an extension of special autonomy so that the development of Papua will continue.

Special Autonomy (Otsus) volume 2, which will be continued in 2021, is very much approved by the Papuan people because they have seen the results of Otsus volume 1. There have been a lot of things being built starting from the Trans Papua Road to the Youtefa Bridge which facilitates the mobility of the people, so that their lives are increasingly helped. It also helps reduce expenses because residents can go by road, not by air, the tickets are expensive.

Otsus is indeed a proof that Papua is an important part of Indonesia, because with special autonomy funds there will be a lot of development in the Earth of Cendrawasih. Not only physical development in the form of infrastructure, but also economic development by borrowing business capital so that the community is helped to trade, providing scholarships for outstanding students, etc.

It would be wrong if someone accused the central government of neglecting Papua because so far it has given so much to its people. When there are gold and copper mines in Papua, the majority of the shares are owned by the government so that the results are for the people, including Papuans. They are not like hungry chickens in the barn.

In addition, there are already many officials in the central government who are Papuan natives (OAP) such as Freddy Numberi, who was a minister and Billy Mambrasar, who is a millennial staff (President Jokowi’s special staff). Even Billy was very accomplished because he was appointed as an official at a very young age (not yet 35 years old). Government trust shows that they believe that OAPs are intelligent and can become officials.

The government also created the MRP (Papuan People’s Assembly) which is an extension of the tongue of Papuans, especially indigenous people. They can make proposals or complain, and their position is almost equal to that of DPRD members.

Papua is the easternmost region of the country but also an integral part of Indonesia. The government is very concerned about the people on Earth of Cendrawasih by extending special autonomy and other concerns. Everything the government gives is for the benefit of the indigenous Papuans, so that their lives will be better.

Support the Implementation of Religious Moderation

The Government Gradually Pushes the Use of Fuel to Environmentally Friendly