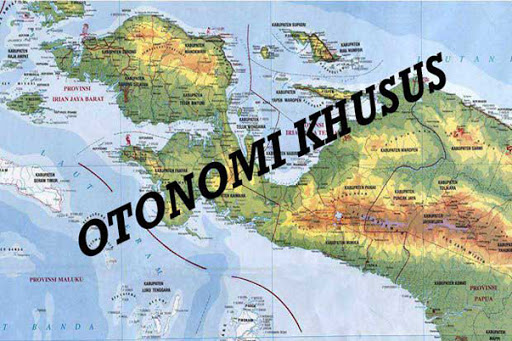 The central government has indicated that it will extend Volume II of Special Autonomy for Papua. The community also supports the sustainability of Papua’s Special Autonomy because it is considered to have made the people of Papua prosperous.

Some people say that Special Autonomy (Otsus) for Papua failed. However, this was denied by traditional leaders or Ondoafi in Yoka Village, Jayapura City, Titus Mebri. He claims that the implementation of Law Number 21 of 2001 regarding the Papua Special Autonomy has not completely failed.

He said there was a lot of clear evidence that Otsus had succeeded in changing people’s welfare slowly.

Moreover, with the Papua Special Autonomy, development in Papua is so rapid, the expansion of the regions has shortened the span of government control and made Papuans living in villages able to get education from basic to tertiary education.

This includes the realm of health services, with the presence of a number of health workers in the villages and many Papuan children who are now medical personnel such as nurses to doctors.

Titus also appealed to all parties to join hands to support the sustainability of the ostus which has recently been referred to as volume II of the Papua Special Autonomy.

Given that so far, the special autonomy has brought many changes for Papua. If there is no special autonomy and only hope for the APBD and APBN, then Papua will be left behind many other regions in Indonesia.

However, Titus also suggested that there should be an evaluation related to the advantages and disadvantages, so that later the sustainability of the special autonomy system can be maximized and can make Papuans progress and not marginalized.

The governor also emphasized that there are two things that need to be done in terms of Special Autonomy Volume II apart from funding. First, giving greater authority to the Provincial Government in Tanah Papua in matters such as human resources and natural resources and secondly, involving other line ministries (K / L).

Responding to a voice saying that the Papua Special Autonomy had failed, Dominggus said that as an actor in the government bureaucracy, he said that so far Otsus in Papu had been successful.

In the education sector, for example, there are many indigenous Papuans (OAP) who have studied both at home and abroad. Then the infrastructure development that connects various regions, including remote and coastal areas, continues to be carried out.

From this we already know that the Papua Special Autonomy is intended for the interests and welfare of the people in Papua, especially indigenous Papuans. Therefore, Special Autonomy for Papua Volume II is very important in order to accelerate development in the easternmost region of Indonesia.

On a different occasion, Minister of Home Affairs Tito Karnavian said that all ministries and institutions at the central level had prepared a special scheme to advance and accelerate the development of Papua.

Tito also said that special autonomy in Papua is still very much needed. He claims that the government is paying attention to the progress of development on Cenderawasih Earth.

Previously, the President of the Republic of Indonesia, Joko Widodo, had ordered his staff to re-evaluate the effectiveness of distributing special autonomy funds to Papua and West Papua. Because, the funds that have been disbursed by the government for the two regions are quite large.

The amount of special autonomy funds disbursed by the government for Papua and West Papua reached Rp. 94.24 trillion from 2002 to 2020. These funds come from the APBN each year.

The government has also set the special autonomy fund for Papua in the 2021 Draft State Budget of IDR 7.8 trillion. This figure is up from the 2020 Revised State Budget, which is Rp. 7.6 trillion.

These funds are directed to finance infrastructure and infrastructure maintenance, empowerment of the people’s economy, alleviate poverty, and finance education, social and health.

Special autonomy for Papua should be given to Papua, this is solely for the sake of accelerating development so that Papua does not become a marginalized area.

The Job Creation Bill Improves the Quality of Human Resources