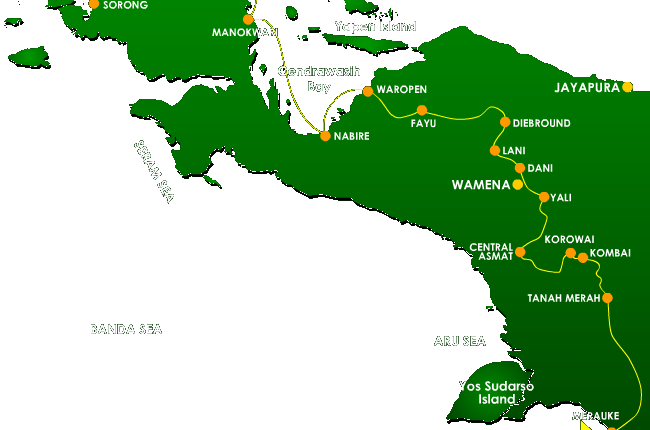 The Pemuda Papuan leader in the Tabi region appreciated the government’s plan to expand the region. It is believed that the expansion of the Papua region will improve the quality of government services and encourage the realization of prosperity.

One of the challenges of development and efforts to improve welfare in Papua is the size of the land. Regional expansion is one of the concrete solutions, especially since many Papuans still live in remote and difficult-to-reach areas. People living in the interior of Papua also find it difficult to reach government offices because of the distance.

The Tabi Youth leaders who are members of the United Tabi Youth expressed their appreciation for the policy of the expansion of the Central Government in the division of Papua Province. The Tabi Bersatu youth included youths from Jayapura Regency, Jayapura City, Keerom Regency, Sarmi Regency and Membramo Raya Regency.

One of the leaders of the Tabi Youth, John Robert M, in his statement said, “We hope that the aspirations that have been pushed so far can be considered to be realized because for us youth, students and the Tabi community are ready to welcome this golden opportunity to develop the country.

The young man who is familiarly called Roma explained that the investigation of the work team carried out on various debates as well as views and opinions obtained from various media sources, the Tabi community supported this strategic step.

As we all understand that the division of the province in Papua requires a strategic step taken by the central government to improve the quality of the implementation of government tasks, both in the context of service, empowerment and development towards the realization of an advanced, independent, prosperous, just and prosperous society.

Roma explained that in essence the expansion of new autonomous regions was more emphasized on aspects of the government service approach in order to improve the welfare of the people in the expanded areas.

He explained, “The expansion of a region is a method or model of approach to accelerate and facilitate the acceleration of development in the region and the newly formed autonomous regions are entities both as geographical, political, economic, social and cultural entities.

With regard to the need for development services, the Tabi Bersatu Youth representing all components of Tabi Papua Youth and Students stated that they accepted the central government’s policy to expand the province of Papua so that through this policy Papua could be freed from the shackles of inequality in all aspects of life that are obstacles to Papua’s progress.

On a different occasion, the Executive Director of the Indonesia Political Review (IPR) Ujang Komaruddin assessed that the government’s intention to expand the province in Papua was the right step. According to him, the community will benefit from the expansion.

According to Ujang, if the number of provinces in the Papua region increases, it will provide political benefits for both the government and the community. Ujang said that the political advantage gained by the community was that they had closer access to local government. Therefore, the various aspirations and interests of the community will of course be more easily obtained. Then the management of special autonomy funds for Papua will be better with the increase in the number of provinces.

The expansion should be a momentum for the Otsus funds from the central government to not be corrupted, so that development can continue until this event is completed.

Previously, Papuan leader Wilem Frans Ansanay said the characteristics of the land of Papua were different from other regions. One example is that the area of ​​one district in Papua is the same as one province on the island of Java. According to him, Papua must be taken seriously, especially in the health sector. It’s just that a number of problems in Papua are still encountered, areas close to the province are still lacking, what about other areas.

Wilem emphasized that the budget allocation for health is around 15%. In fact, the health sector should reach 25% or 50%. He added that the revision of law (UU) number 21 of 2001 on Papua’s Special Autonomy (Otsus) has regulated a number of aspects. Among them is to reinforce plans for regional expansion or the provincial government in Papua.

The expansion of Papua is an idea that is not kidding, with the expansion of territory in Papua, it is hoped that people will have access to take care of administration or sell agricultural products to a wider market. So the expansion is a solution for anyone who is constrained.

Appreciating Jokowi Firmly Rejects the Extension of the Presidential Office