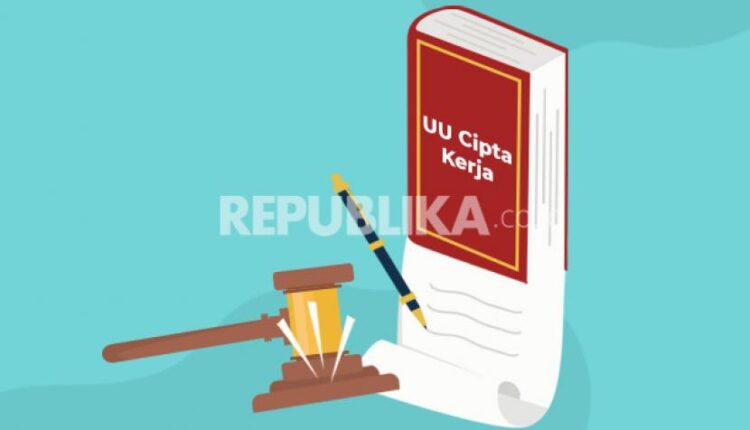 Parties who still reject the Perppu on Job Creation can submit these objections and challenge them to the Constitutional Court (MK) as long as they go through all applicable legal mechanisms, because in fact Indonesia is a country of laws and adheres to democratic principles.

The Government of the Republic of Indonesia (RI) has officially issued Government Regulation in Lieu of Law (Perppu) Number 2 of 2022 concerning Job Creation on December 30, 2022. This publication is in accordance with the intention of the Constitutional Court through its decision Number 91/PUU-XVII/2020 on November 25 2021.

Previously, the Constitutional Court considered that the Job Creation Law had a conditional unconstitutional status and appealed to the Government to immediately make improvements to the Law with a deadline of at least 2 years.

In this regard, the former Minister of Justice and Human Rights (HAM), Yusril Ihza Mahendra stated that the Job Creation Perppu was in fact the entire process of making it in accordance with procedures and there was absolutely nothing wrong with the legal product issued by the President of the Republic of Indonesia, Joko Widodo.

Not only that, Perppu Number 2 of 2022 is also very much in line with the Constitutional Court’s order to the government to immediately make improvements to the previous Job Creation Law, which improvements can be made through the mechanism of the People’s Representative Council (DPR RI) or can also be through the issuance mechanism Perppu.

Knowing that because there are so many critical things that are happening, starting from how Indonesia must immediately be prepared to face various kinds of global recession threats, economic crises and world uncertainties, rising inflation to the threat of stagflation, the President immediately has the initiative to accelerate the issuance of the Job Creation Perppu this.

Apart from that, the issuance of Perppu Number 2 of 2022 has also accommodated a lot of participation from the public in the formation of regulations or statutory policies, of which the government itself is also aware that it is not enough to just solve this but by creating a new normative scheme, but must also be able to be answered with a very responsive, participative and also solutive attitude.

The Coordinating Minister for Political, Legal and Security Affairs (Menko Polhukam), Mahfud MD emphasized that the issuance of the Job Creation Perppu was very appropriate and also a solution because it was issued in order to respond to all global situations which indeed greatly influenced the strategic steps of the government later, the article is in 2023 The government itself has an investment realization target of IDR 1,400 trillion.

Even so, because Indonesia is a legal state that adheres to the principles of democracy, there are still parties who are against or do not agree with the issuance of this Perppu Cipta Kerja. Responding to this, the President of the Republic of Indonesia, Joko Widodo himself considered that the pros and cons that occur in a democratic country are something very reasonable.

After the Job Creation Perppu has been officially published, Mahfud MD considers that there will still be a review related to politics from the DPR RI which will be carried out during the next session. Not only that, but there is still an opportunity for several parties who oppose the issuance of this Government Regulation in Lieu of Law Number 2 of 2022 to file a lawsuit for their judicial review at the Constitutional Court.

So it is not necessarily the case that the issuance of the Job Creation Perppu is immediately enforced without taking into account the response from the community at all, because going forward there will still be several stages and other processes for further review and review and the public may even be welcome to file their lawsuit. to MK.

The process of formation, discussion and publication of the Job Creation Perppu has gone through quite lengthy discussions by the Government and has involved various parties in a complex manner. In fact, the aspirations of the people who are still critical of the issuance of the Perppu are considered a good thing because it still indicates that Indonesia is indeed a country that adheres to strong democratic principles.

All parties are urged to continue to obey the law because Indonesia is a state of law, besides that, because this nation also adheres to the principles of democracy, various kinds of input and criticism given by the public are good things and build together. For this reason, the Government continues to be open with parties who still disagree or reject and object to the issuance of the Job Creation Perppu as long as the refusal is through the applicable legal mechanism.

KST Is Increasingly Cruel, Must Be Firmly Eradicated