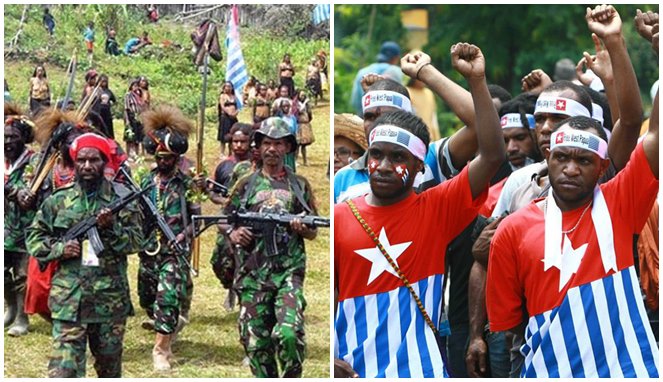 The armed separatist criminal group (KKSB) made the public angry because they dared to shoot civilians who were actually Papuans. The KKSB members’ behavior is getting more and more brutal and arbitrary, so that the Papuan people also reject their existence.

Papua and West Papua are provinces that are still volatile because they are plagued by separatist groups. Not only did they provoke residents, they also used weapons to frighten the community. They even dared to throw bullets and immediately ran helter-skelter when a victim was killed. How cunning and shameless.

Sadly, in that incident there were civilians who were used as life shields so that they could run away and failed to be captured by members of the TNI. Residents who became shields admitted that they had to do so because they were threatened with death. According to IGN Suriastawa, Head of Information Kobagwilhan III, there were no casualties in the incident.

The TNI were targeted for attack because they were considered representatives of the Indonesian government. In addition, TNI members are also active in combing forests and the interior to combat separatist groups. So that before being caught, they want to attack first. Even though it could be that the TNI members on duty are Papuans.

Apart from attacking TNI members, armed separatist groups have also been criticized by the Papuan people for shooting their own relatives. A civilian named Yunus Sani died because he was hit by a bullet that was vomited out by KKSB’s weapon. This incident occurred on Jalan Trans Papua, precisely on the border between Painai and Intan Jaya Districts.

KKSB’s recklessness in shooting Papuan civilians made them even more hated by the community. What was wrong with Jonah that he had to die? Even though he is also a Papuan and as a member of civil society, of course he does not hold a weapon to attack or a shield to defend himself.

It could be that the shooting occurred because the KKSB did not agree with the trans Papua road. Because of the construction of this route, some forest areas had to be sacrificed. So that their hiding area is discovered by project officers on that route, who will report it to the authorities.

People get emotional to KKSB because they don’t want to be invited to go forward. Even though the Trans Papua Route was built to facilitate transportation on the Earth of Cendrawasih, they interfere with the manufacturing process. Because I am allergic to everything made by the central government.

KKSB considers Papua to be illegal and they insist on establishing West Papua. They also thought that Indonesia was colonizing Papua. Whereas the Federal Republic of West Papua is illegitimate before the law. There was also no colonialism because according to international law, all areas of the former Dutch colony automatically became Indonesian territory.

The public must also be aware of provocations from KKSB and OPM on social media, because they have also used technology to spread their understanding. Do not let anyone be affected and participate in raising the Morning Star flag, on 1 December. Separatists are traitors and raising another flag is a crime.

The KKSB became increasingly violent and opened fire on the authorities, even indigenous Papuans. The people are increasingly angry with their brave behavior while defending the wrong party. Do not let civilians turn pro KKSB and OPM, because separatist actions will be punished. We are still obliged to love the Republic of Indonesia and be loyal to the country.