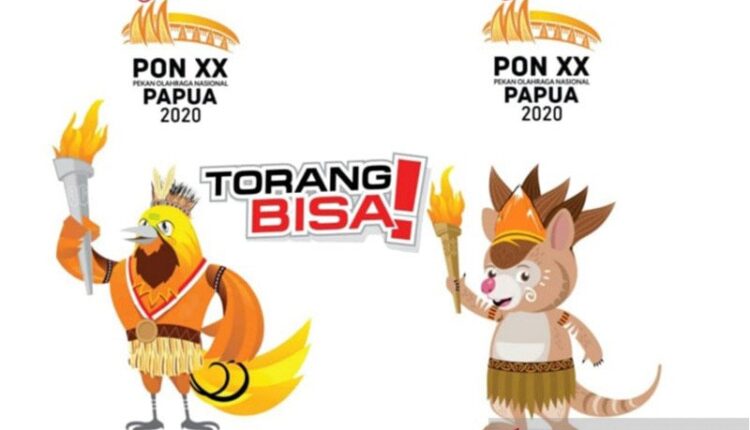 By: Timothy Gobay) *
The government continues to optimize preparations for the implementation of PON XX Papua. The biggest sporting event in the country is an arena for accelerating development and equitable distribution of people’s welfare.
The implementation of the XX Papua National Sports Week (PON) has been officially postponed in October 2021. This policy was made by the central government regarding the Covid-19 pandemic.
The Papua Provincial Government (Pemprov) wants to make the 4-year sports week event not just a sporting event, but also to raise two other important aspects.
Assistant for the Economy and People’s Welfare of the Papua Regional Secretary, Muhammad Musa’ad explained that two other aspects that will be highlighted at the XX Papua PON event are tourism and cultural culture.
He said the Papua provincial government had big ambitions to hold a four-year sporting event that was different from the previous PON-PON.
The PON XX Papua Grand Committee (PB) ensures that it is ready to hold the biggest multievent sports championship in Indonesia this year and has even set a tagline, Torang Bisa!
The Torang Bisa tagline is a representation of the spirit that is reflected in the ability of the Papua PON Committee to adapt to pandemic conditions. Every activity will always prioritize strict health protocols.
Previously, President Joko Widodo had reminded that PON in Papua is not just a sports competition. However, PON is a common arena to celebrate diversity, strengthen the spirit of brotherhood and an arena to strengthen unity and integrity.
Related to the development of supporting infrastructure. Jokowi requested that the infrastructure be useful during the PON.
He hopes that the community can still take advantage of the infrastructure built in the long term.
So, don’t let the sports infrastructure that have been built at no small cost not be used and become damaged after the implementation of the PON.
With the PON XX event, the venues are built magnificently, the construction of the venue is expected not only for the PON event, but also can be used by the Papuan people as a sports arena for the community, so that one day talented athletes from the land of Cenderawasih will be born.
The implementation of PON in Papua is not only a place to win medals. The most important thing is to become an arena for strengthening the bonds of brotherhood, the bonds of unity and solidarity between regions.
President Joko Widodo had reminded that PON in Papua is not just a sports competition. However, PON is a common arena to celebrate diversity, strengthen the spirit of brotherhood and an arena to strengthen unity and integrity. So that in the midst of this pandemic, of course all parties will continue to prepare themselves as well as possible.
PON is very important for Papua Province because it will be an added value for equitable development in Papua, as well as an increase in the community’s economy, because the success of PON is not only limited to successful implementation and successful achievements.
Chairman of the Indonesian People’s Consultative Assembly Bambang Soesatyo, in his written statement, said that Papua as the host of PON will have a lot of development concentrated in Papua. Its implementation also provides a multiplier effect on the economic and social improvement of the Papuan people.
Bamsoet said, because in principle, sports, culture and tourism are three inseparable things. All three will lead to an increase in regional income and community welfare.
He also believes that the Papuan people can certainly take advantage of the PON momentum by being a good host, and supported by all elements of the nation involved.
He also believes that anyone will be amazed when they see the splendor of the Bangkit main stadium.
The Coordinating Minister for Human Development and Culture Muhadjir Effendy said the Papua Bangkit Stadium was also staying as a manifestation of the realization of President Joko Widodo’s big dreams and big ideas to develop Indonesia from the eastern region.
He hopes that this international standard stadium can support the realization of the big dream of transforming Jakarta Central and Jawasentris into a centric Indonesia.
This is a tangible manifestation of the central government’s dream of realizing central Indonesian development, among others by building international standard sports facilities such as the Papua Bangkit stadium.
The PON XX Papua event is of course expected to increase the income of the community, especially those living in the eastern region. With this event, the Papuan people are certainly asked to be creative and proactive in determining the opportunities that exist during the PON in Papua.