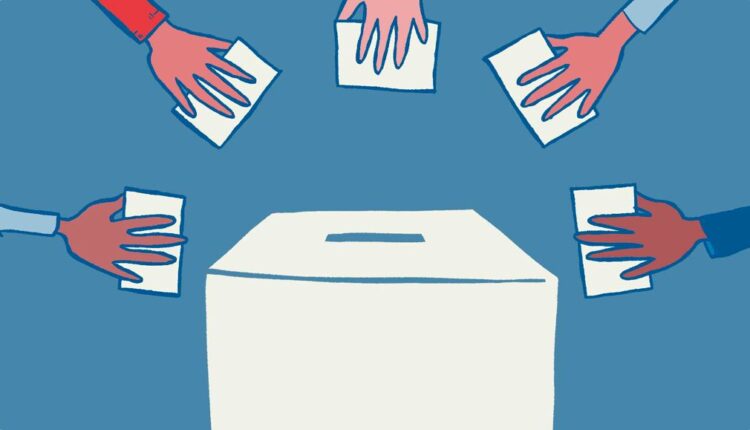 Supposedly, the Canadian election was still going to take place in October 2023, but it was finally accelerated on 20 September 2021 by Canadian Prime Minister (PM) Justin Trudeau (49 years) to fight for 338 seats in the House of Commons. Trudeau’s political aim is to speed up the conduct of elections to secure a majority of votes in parliament. When Trudeau announced the election, most citizens rejected it. Moreover, at that time Canada was entering the fourth wave of Covid-19. Erin O’Toole from the opposition also voiced disapproval.
Currently, the five parties holding the majority seats in parliament such as the Liberal Party, Conservative Party, New Democrat Party, Green Party and the Quebec Bloc are preparing for a fierce battle in the September 20 elections.
Meanwhile, Canada’s Electoral Commission on Tuesday (14/9) announced that a large number of Canadians — nearly one in five eligible people — had cast their ballots early in an election expected to be fierce on September 20, 2021.
In a statement, the independent body said nearly 5.8 million voters cast ballots in the follow-up ballot from Friday to Monday based on initial incoming data. This number represents an increase of 18.46 percent compared to the previous general election in 2019.
The agency also said it expected that the number of voters casting their ballots by mail would be higher than usual due to the coronavirus pandemic.
Prime Minister Trudeau, who has been in power since 2015, wants to take advantage of the successful handling of the pandemic to garner support. Moreover, the government’s performance has received a lot of appreciation in dealing with Covid-19.
By the time Trudeau dissolved his government last August, his popularity was staggering. Canadians are very supportive of its pandemic response, as it provides BLT (Cash Direct Assistance) to workers and businesses. The Covid-19 vaccination in Canada is also going well. Even though vaccination rates are increasing with nearly 62 percent of Canadians fully inoculated, nearly 1,000 new daily COVID-19 cases are still occurring across the country recently.
Despite launching massive aid to deal with the pandemic, passing the federal budget and passing a number of other important laws with opposition support over the past year, Canadian Prime Minister Justin Trudeau laments that Canada’s parliament is not functioning properly.
When meeting with Governor-General Mary Simon on August 15, 2021, Trudeau asked Mary Simon to dissolve parliament and speed up holding elections.
Most citizens agree with the Canadian government’s measures to deal with the pandemic. However, if a fourth wave of COVID-19 infections occurs during the campaign, it is believed it could have an impact on support for Trudeau.
According to Felix Mathieu, professor of political science at the University of Winnipeg, with students returning to schools and universities in two weeks, COVID-19 infections are bound to rise. “The Trudeau administration “has lasted 18 months, which is the average lifespan for a minority government,” he added.
Support for Trudeau was also expressed by former President of the United States (US) Barack Obama via Twitter. “Wishing my friend @JustinTrudeau all the best in the upcoming Canadian election,” Obama said.
“Justin is an effective leader and has a strong voice for democratic values, and I am proud of the work we do together.” The message is similar to that sent by Obama in October 2019, when he praised Trudeau as a progressive statesman the world needs. Obama urged Canadians to support him in his next term.
Obama and Trudeau first met as leaders of their respective countries at the Asia-Pacific Economic Cooperation (APEC) summit in November 2015, one month after Trudeau won his first general election.
Obama salutes Trudeau as a political relative and his generation, even though he is 10 years his senior. Both championed the importance of issues such as health care, gay rights and climate change.

The popularity of the Liberal Party, the political vehicle of Canadian Prime Minister Justin Trudeau, has decreased ahead of the legislative elections on September 20, 2021. From the survey, the Liberal Party is still far from achieving the 38 percent of public support needed to gain a majority in parliament. Meanwhile, the Conservative Party only won 32 percent support. Then, the New Democrats fell behind. There is no winning side in this election. If the numbers do not change, the 2019 Canadian election situation could repeat itself. Namely Trudeau’s once mighty party became a minority government.
Survey results ahead of the election showed Trudeau was weakened by a series of political scandals. In the previous election, Trudeau also faced a number of serious problems, such as the problem of residents of the provinces of Saskatchewan and Alberta who felt they had been wasted.
Trudeau’s image has also deteriorated recently due to the unsatisfactory handling of the corruption case of the large company SNC-Lavalin. His popularity plummeted after the appearance of his old photos of Trudeau wearing a black face that was accused of racism. In one campaign, Trudeau was even forced to wear a bulletproof vest because of a security threat.
In the elections held on September 20, 2021, there are a number of strong challengers for Trudeau, namely the novice politician Erin O’Toole (48 years old) as the leader of the Conservative Party. Erin O’Toole was widely unknown to Canada, but now, sticks closely with Justin Trudeau as the next prime minister.
At the start of the campaign, according to Abacus Data quoted by the BBC, 40 percent of Erin O’Toole even had an opinion about him. Later during the campaign, Erin O’Toole introduced herself using a more gentle approach. Erin O’Toole often refers to her young family, beginning answers to questions by mentioning his wife, Rebecca, and their two children.
Erin O’Toole places great emphasis on her professional experience outside of politics. He spent 12 years with the Royal Canadian Air Force as a helicopter navigator. Then, he had 10 years in corporate law.
According to the latest poll from Abacus Data, the Liberal Party has 37 percent support. The left-wing Conservatives and New Democrats – which prop up the Liberals – trailed 28 percent and 20 percent, respectively.
Jagmeet Singh, who heads the New Democratic Party (NDP), is another Trudeau rival and has the potential to win votes for the Liberal Party among young and urban voters.
If the survey results related to the Canadian election do not change, the situation in the 2019 Canadian election could repeat itself in which the once-powerful giant Trudeau party is reduced to a minority government.
Trudeau himself is still the lead in the Canadian election, but scandals and ethical lapses tarnish his golden image, while his government is showing signs of wear and tear after six years in office.

Whoever wins the Canadian election, Canadians will be billed on campaign promises related to pandemic management, the government’s broad emergency relief program, and an $80.9 billion post-pandemic stimulus plan.
The Canadian Prime Minister in the future will also face the problem of terrorism and even racism. Besides that, it also keeps the unemployment rate in Canada which has been reduced from getting worse either because of Covid-19 or other factors. This is because Canada recorded a record loss of 1 million jobs in March, and an increase in the number of unemployed to 78 percent. The lockdown policy is said to be one of the causes of the high unemployment rate, because a number of businesses have been closed to prevent the spread of the corona virus pandemic.
Currently, Canada’s Unemployment rate is reported at 7.50% in 2021-03. This record is down compared to the previous 8.20% for 2021-02. Canada’s Unemployment Rate data is updated monthly, averaging 7.70% from 1976-01 to 2021-03, with 543 observations. This data reached a high of 13.70% in 2020-05 and a record low of 5.40% in 2019-05. Canadian Unemployment Rate data remains active at CEIC and is reported by Statistics Canada. Data is categorized in the Global Economic Monitor World Trend Plus – Table CA.G018: Labor Force Survey: Unemployment.
*The author is a connoisseur of international issues. Postgraduate alumnus of the University of Indonesia (UI).