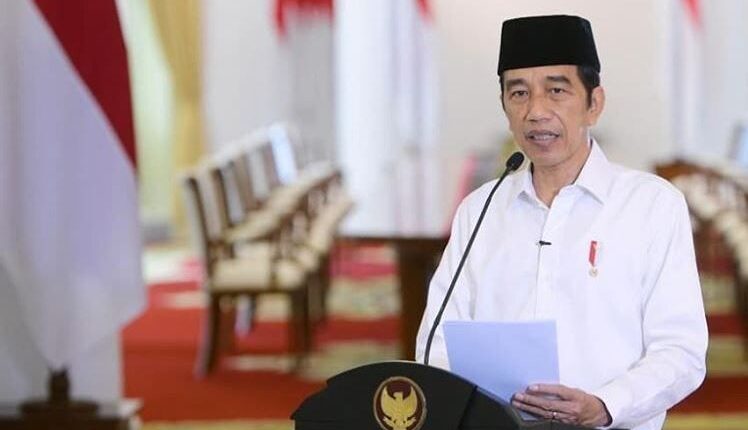 The issue of adding the RI-1 tenure is widely heard, even though President Jokowi will only finish his mandate in 2024. He also firmly refuses to increase his term of office to 3 terms. Moreover, the issue of this addition was raised by the elements, not a suggestion from the President or the MPR.

After the late Pak Harto resigned, there was an amendment to the 1945 Constitution, which in essence is that a President can only be elected a maximum of 2 times. This change was made so that no regime was in power for decades, such as during the New Order era or the Old Order. Meanwhile, the term of office for 1 term is still set for 5 years.

President Jokowi firmly rejected the proposal because it was based on the amendment to the 1945 Constitution which reads: The President and Vice President hold their posts for 5 years and after that they can be re-elected for the same term of office, only for 1 term. Alias ​​a President can only be RI-1 for a maximum of 2 terms.

This refusal has always been emphasized, because additional terms of office are only an issue. There should not be an assessment in the community that it is the President who wants to ascend the throne for the third time. Because the fall became slander and hoaxes, which were deliberately spread by naughty people.

DPR member Tifatul Sembiring asked those who are still responding to the issue of a 3-term term of office to stop. The constitution is clear, 2 periods. The chairman of the MPR also said that there could not be 3 terms. In that sense, don’t let this issue spread and make the public think negatively of President Jokowi.

Deputy Speaker of the People’s Consultative Assembly Ahmad Basarah also denied allegations that the MPR was proposing an additional term in office for the President. This accusation was not included in the 2014-2019 MPR recommendation. The recommendations conveyed are only about the main points of state policy. In that sense, there are no proposals to re-amend the 1945 Constitution in order to pave the way for President Jokowi to become RI-1 again.

Basarah added that the addition of the President’s term is not something urgent. There is no need for any strange accusation that President Jokowi wants to be re-elected and then cooperate with the MPR, because it is very wrong. In that sense, if there is someone who accuses him, he must be careful because he could get involved in the article about unpleasant acts.

The MPR, President, and government officials are still focused on other matters. Namely handling the impact of the Covid-19 pandemic and the national vaccination program. This handling is more important, because it affects the people’s economy.

Why discuss the extension of the President’s term? There is no ambition to increase the term of office, because President Jokowi is very strict with the rules. People are asked to be calm and not be consumed by this issue.

The addition of a presidential term is not on the MPR agenda. Likewise with President Jokowi, he does not want to be re-elected because it is tantamount to violating the 1945 Constitution. People do not want to be influenced by hoaxes or news that is deliberately twisted by unscrupulous people. Because they are indeed playing one against each other so that people’s trust will decrease.