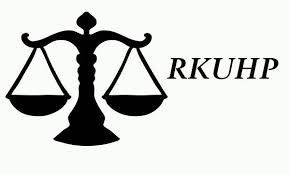 bali talk.id|  Although he has conducted socialization to the public regarding the existence of the Draft Criminal Code (RKUHP), the President of the Republic of Indonesia Joko Widodo wants the finalization of the RKUHP to involve the participation of the entire community.

Coordinating Minister for Political, Legal and Security Affairs Mahfud MD said that his party was asked to discuss it again massively with the community to provide understanding and instead ask for opinions and suggestions from the community. The President also wants the public to really understand the problem of the RKUHP. On this matter, a more massive discussion with the public will be carried out. In essence, Jokowi has given orders to ensure that the public is aware of the issues that are still being debated.

Mahfud also explained about the law as a mirror of people’s awareness of life. According to him, the law to be enacted must get the understanding and approval of the community. Because it is the essence in the context of law enforcement.

Furthermore, the 14 points that are currently still a problem in the discussion of the RKUHP will be discussed in more open discussions. There are two lines of discussion that will be carried out. First, it will continue to be discussed in the DPR to resolve these 14 problems, then the second route is to continue to carry out socialization and discussions to community nodes related to the issues that are still being discussed. Moreover, this RKUHP contains material law, so that it will automatically include many principles and many theories. In addition, the RKUHP also includes a draft law book which will consist of several articles, so that the discussion must involve the community, especially experts.
It should be noted that in 2021, the government through the Ministry of Law and Human Rights has socialized the RKUHP in 12 major cities. In this activity, representatives from various elements of society were also invited to discuss and discuss 14 crucial issues.

People don’t need to worry because in the process there are more than 6,500 inventory lists of problems that involve the community in their formulation. This shows that the government also involves the community in every policy it takes.

In 2022, the RKUHP will enter the stage of completion. This stage consists of 7 things, starting from discussing 14 crucial issues, criminal threats, synchronizing body explanations with explanations, harmonization with laws outside the Criminal Code, to completing technical writing problems.

Mahfud also said that the current RKUHP is relatively ready to be promulgated. He also added that one of the laws inherited from the Dutch colonial era that must be replaced is the Criminal Code or the Criminal Code. After no less than 59 years, since 1963 to be precise, the RKUHP has been discussed. Mass socialization and dialogue have been carried out in parliament, government offices, campuses and the wider community during the 59 years of the RKUHP.

Mahfud said that the RKUHP adheres to two ways of imposing sanctions, namely criminal sanctions and action sanctions. In addition, the RKUHP also provides an important place for the concept of restorative justice. The RKUHP also regulates the matter of customary law as living law which has long been recognized and has become legal awareness in customary law communities. Of course, by still basing on the 3 basic principles of the state, namely Pancasila, the 1945 Constitution and the Unitary State of the Republic of Indonesia.

Mahfud also hopes that the Criminal Code which has been in effect since the Dutch Colonial era can be immediately replaced with the RKUHP which is currently being socialized by the government. The Criminal Code Bill will again be discussed by Commission III of the DPR together with the government, especially on 14 crucial issues because this bill is the DPR’s Carryover Bill for the 2014-2019 period.

This means that with this method, the bill will not be discussed in its entirety from the beginning, but will immediately take over the problems that are blocking the 14 crucial issues that will be discussed in meetings that will later be held by the DPR with the government.

For this reason, in accordance with the direction of President Joko Widodo, who pays great attention to this issue, the government will schedule discussions to absorb suggestions from the public. Later the discussion will be held and facilitated by the Ministry of Communication and Information (Kominfo), while the material will be prepared by the Ministry of Law and Human Rights (Kemenkumham).

Meanwhile, some people have assumed that the RKUHP is aimed at reviving colonialization, but in fact there is no specific study that is really specific in unraveling what is referred to as westernized cultural heritage, especially in Indonesian law.

On the other hand, what are referred to as westernized cultural values ​​itself is also not clear, there are no clear indicators of what is called westernization and why things that smell western are considered worse and despicable by which smells of Indonesianness.

Therefore, the participation of various elements is absolutely necessary so that the public really understands the substance of the RKUHP which will be finalized in 2022.

There’s No Place for Radicalism and Terrorism in Indonesia