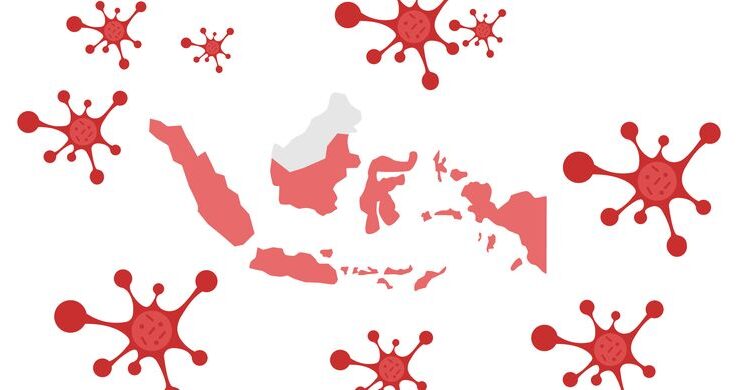 Preventing the Spread of Covid-19, People Are Urged Not To Force Go Home

This Eid, people must remain patient not to fulfill their annual wish, namely the Eid homecoming. This is because the spread of Covid-19 has not been controlled so far, so there needs to be restrictions on the movement of the people. It is hoped that the community does not have to force themselves to go home for Eid.

Epidemiologist from the Center for Environmental and Population Health Griffith University, Australia, Dicky Budiman, said that the government’s decision to ban Lebaran homecoming in 2021 was correct.

Dicky said, tackling the pandemic certainly requires the active role of everyone. This means limiting yourself from traveling, then also limiting the mobility of interactions.

He emphasized that people must always apply the 5M health protocol, namely wearing masks, washing hands with soap, maintaining distance, staying away from crowds and limiting mobility as recommended by the government.

He said the community could provide an understanding to the closest people and family in the village about the reasons for not going home. If you have to travel, he reminded people to choose to do activities in a place that is relatively safe from spreading the virus, such as open spaces.

Dicky also said that people should not visit elderly people who have not been vaccinated, even though they are in the same city. If you have to go home for some urgent reasons, Dicky suggests a series of preparations.

Start by paying attention to health conditions, no contact with suspects, do a rapid antigen check at least 1-3 days before traveling.

When traveling by private vehicle, he asks not to be pregnant women, children or the elderly. If you have to stop at a rest area, people are reminded not to linger.

Dicky added, if possible, those who travel have already received the vaccine. If you haven’t been vaccinated, it’s better not to travel.

If in the village there are people who are positive for Covid-19, Dicky asks the community not to force themselves to go home.

Previously, PB IDI Public Relations Officer Halik Malik said homecoming was very vulnerable, causing an increase in cases of transmission in the regions. Moreover, those who are visited in their hometown are mostly elderly people, so for the elderly who have congenital diseases, of course, they are very vulnerable to making the disease worse if they contract Covid-19.

It should also be noted that the government officially prohibits Eid homecoming and operational modes of transportation, air, land and sea on May 6-17, 2021. The policy to prohibit going home applies to everyone, namely ASN, TNI-POLRI, BUMN employees, private employees, workers. independently, and the entire community.

The Minister of Home Affairs (Mendagri) Tito Karnavian invited all state civil servants (ASN) and BUMN employees to be able to follow government policies regarding the prohibition of Eid homecoming. He assessed that homecoming activities could expand the spread of Covid-19.

The former National Police Chief revealed that the central government’s policies were based on various considerations, mainly still in a pandemic situation. It is feared that the traffic of people will increase the number of cases and their distribution.

He also emphasized that even though he had received vaccinations, it did not mean that the health protocol was abandoned. Instead, this habit becomes a necessity and is disciplined again.

Spokesperson for the Covid-19 Handling Task Force Prof. Wiku Adisasmito said the ban on going home must be enforced to anticipate an increase in the flow of population movements.

Wiku assessed that the closer to Eid al-Fitr, there will be opportunities to increase community mobility, both for religious, family and tourism activities which will increase the risk of the Covid-19 transmission rate.

Of course, we all have to learn from experiences that show a spike in cases due to high mobility during the long vacation period.

Like the Eid holiday in 2020, where homecoming activities caused a spike in Covid-19 cases, up to 600 cases every day.

This spike was followed by the long independence day holiday in 2020, where the rate of increase in cases of Covid-19 infection reached 1,100 cases per day.

Prof. Wiku said, if the appeal for a ban on going home is still ignored, experts believe that not only about the red zone, the transmission of infection and death cases, the emergence of new variants due to an uncontrolled pandemic can also occur.

Of course, the prohibition of this homecoming was decided with various considerations and grounds, moreover, prohibiting or eliminating Eid homecoming is included in one of the policies issued to control the pandemic in Indonesia.