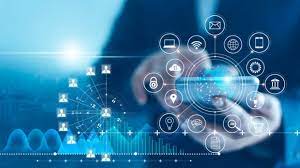 The blocking of 7 Electronic System Operators (PSE) by the Ministry of Communication and Information (Kominfo) at the end of July 2022 drew strong reactions, especially from netizens who used blocked services, to the point that the hashtag #BlokirKominfo echoed on Twitter and became a trending topic.

In fact, all PSEs have been given sufficient opportunity and time to register and receive advance warning. However, because there was no response or decided not to register, the PSE in question did not register so that it was blocked.

Commission I of the House of Representatives of the Republic of Indonesia (DPR RI) supports the step of blocking the PSE by the Ministry of Communication and Information who has not registered until the specified time limit.

The author agrees with the support provided and the fast action of Kominfo in the PSE blocking policy who did not immediately register by the time limit that had been given. This policy is carried out by the state to protect the community itself against many things, such as the dissemination of harmful information such as terrorism, gambling, pornography, hoaxes, fraud and so on.

It is undeniable that the blocking did not please all parties, be it PSE itself, platform users, or the government. Moreover, users who depend on their economy on the blocked PSE. On the other hand, PSEs who have registered should be appreciated because they obey the existing regulations in Indonesia.

It should be noted that in the past, Indonesia was physically colonized by the Dutch for 3.5 centuries. Independence was won and Indonesia’s sovereignty was finally recognized after a process of years, during which the Dutch had tried to re-occupy Indonesia. However, after diplomacy and bloody struggles, Indonesia succeeded in becoming independent and being recognized for its sovereignty by the world.

According to the author, the government is actually a little late because foreign PSEs have been carrying out their activities for years without supervision. The rules that are tightly gripped by foreign applications are fully determined through the EULA (End User License Agreement).

Because PSE is a business entity, of course, the interests that are prioritized by the services concerned are the interests of shareholders who will logically prioritize the financial sector above other interests. But as the saying goes, it’s better late than never, and this is what we are experiencing right now.

Uncontrolled freedom of expression in the digital realm that is not managed properly has the potential to cause chaos and the destruction of the nation, especially if those who use it only care about their personal or group interests and do not care that their actions cause national division or polarization.

Like one of the riots that occurred in Papua when there was a twitter tweet containing inappropriate words with SARA nuances which resulted in chaos and riots in many areas. If the government does not immediately stop the spread of disinformation, it is not impossible that the riots will spread and cause greater damage.

Thus, digital sovereignty has become a very important part and cannot be ignored by the government so that things do not happen that can divide national unity as a result of the lack of regulations related to digital activities in Indonesia.

In addition, in approaching foreign PSE registrations, it is necessary to play beautifully and not be rigid. If done in a hurry, users who have been using foreign applications for a long time can get angry and protest when the services they use are blocked.

The author is of the opinion that there is a need for improvement by Kominfo related to its system and organization which must prioritize professionalism, transparency and improvement of internal systems and qualified human resources. The goal is to provide good service and not make it difficult for PSEs who register.

The PSE policy is the first step for the enforcement of Indonesia’s digital sovereignty. Many other institutions have an interest in the PSE registration, such as OJK and BI which will be very helpful in managing financial applications, online loans (pinjol) and foreign digital wallets that carry out their activities in Indonesia without a permit.

If PSE does not want to follow the existing regulations in Indonesia, of course, they are not allowed to carry out their business activities in Indonesia. PSE Indonesia, like Gojek, if you want to do business in other countries, must follow the rules in the country concerned.

Community Condemns the Murder of Religious Leaders by KST Papua