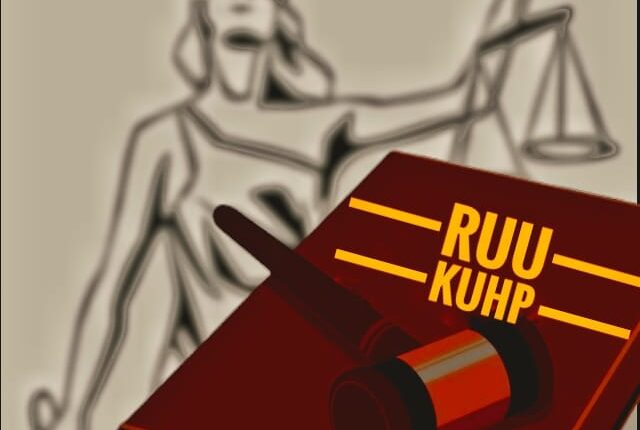 In the Draft Criminal Code (RKUHP), aspirations and suggestions from the public will be accommodated. The government enforces democracy by allowing the public to provide input, for the sake of improving the RKUHP. In this way, the government really upholds democracy because the people are given the opportunity to participate in making their own laws.

The RKUHP is very special because it has many new articles, which regulate various aspects of life. Starting from customary law ( living law ), prohibition of adultery, prohibition of disturbing neighbors, etc. Therefore, the community strongly supports the ratification of the RKUHP, because it will improve the criminal law in this country.

Moreover, the government allows the people to read the original draft , as well as provide aspirations and input, on its official website. The public can also make suggestions when there are socialization activities, which are held by the Ministry of Law and Human Rights or other state institutions. If there are aspirations, it is very good because the community can provide input and even rebuttal to the articles in the RKUHP.

Minister Edward continued, of the 19 articles in the RKUHP which were considered heavy by the Press Council, some were rejected outright. An example is Article 188 on the spread of Marxism, Communism/Leninism. It is clear that Communism and Marxism were strictly prohibited by the government, even since the New Order era. So that the prohibition of dangerous teachings is considered reasonable and does not need to be refuted.

If there is no Article 188 of the RKUHP, it is very dangerous, because Indonesia can change from a democratic country to a communist country. Moreover, nowadays the spread of a sect or teaching can be easily done through social media, email, and other channels in cyberspace.

If it is not regulated and monitored then the internet can be misused to spread communism, and make everything fall apart because communism is against religion. Don’t let Indonesia fall like the 60s, when the communists tried to take over this country.

Edward also said that the Press Council refuted Article 263 regarding the prohibition of spreading false news. In fact, this article is very important so that the news that is spread, both in print and electronic media, does not contain hoaxes, propaganda, and lies.

There is an old saying that bad news is good news , but a media that has prestige and high self-esteem does not carelessly load false and bad news, in order to increase circulation or page views. Article 263 actually controls so that people are not confused and confused because they are lied to by fake news milling about on the internet.

Meanwhile, Member of Commission III Habiburrokhman, stated that there was time to give aspirations and proposals to the RKUHP. But there is also a limit because this bill must be passed quickly. That is, do not let the search for aspirations take years and delay the schedule for the inauguration of this bill, and harm the legal world in Indonesia.

The time limit for the aspiration net is very reasonable because the government must adhere to the schedule for its inauguration. The people of Indonesia are more than 200 million people, and if asked one by one, it will be very long. Therefore, a middle way was taken and it would satisfy everyone, because their aspirations were captured in the socialization of the RKUHP.

The Coordinating Minister for Politics, Law and Security, Mahfud MD, stated that the RKUHP would be ratified by the end of this year. In a sense, this bill must be ratified immediately in order to protect Indonesian citizens from all kinds of criminal crimes. The time for seeking aspirations has taken too long, because actually this bill will be ratified in 2019 but has been postponed due to revisions and an accommodation session for proposals and public aspirations.

Aspiration screening is done in 2 ways, namely via online and offline. Apart from going through the official government website, people can also give suggestions and criticism when there is socialization from an institution or ministry. The socialization was carried out in various places and the audience ranged from academics, businessmen, students, and civilians.

In the socialization there will be a screening of people’s aspirations so that they make suggestions to the government, and uphold democracy because the government listens to the voices of its people. They also understand that the articles in the RKUHP are not controversial, but after being explained by the relevant officials, they will understand the causes and consequences. Like the article prohibiting insults to the president, and indeed it is not polite.

The government really upholds democracy because it allows its people to express their aspirations in the form of proposals, suggestions, and criticisms of the RKUHP. In a democratic country, its citizens may indeed make their own laws, even though the majority are represented by members of the DPR as people’s representatives. The RKUHP will be ratified after the aspiration net session is completed and is fully supported by Indonesian citizens.