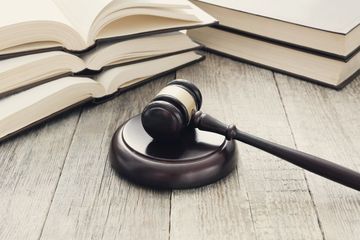 The Draft Criminal Code is a regulation that aims to protect the public from all criminal crimes. But unfortunately there are still those who consider it controversial, maybe because they read  the draft not from the official government website. Therefore, there is a public dialogue that will eliminate the disinformation, so that the public understands the intent behind the articles.

When people first learned about  the draft  RKUHP, they were surprised because there were many additional articles in it. However, the public’s reaction was considered reasonable, because they did not understand what the articles meant. Therefore, the government makes public dialogues in various regions, to straighten out misunderstandings that occur in the community.

Public dialogue is carried out by the Ministry of Law and Human Rights and state institutions. Dialogue and socialization are held from campus to other public places. The goal is for more audiences to understand why the current Criminal Code must be replaced, where the RKUHP is perfect in protecting the public from criminal acts.

Presidential Special Staff for Legal Affairs, Dini Shanti Purwono, held a public dialogue on the RKUHP at a hotel in Bali. According to him, the RKUHP brings the spirit of change so that its articles become more comprehensive rules and become good legal certainty. However, the spirit of reform in the RKUHP cannot be achieved if there is no community support.

Therefore, the community is asked to provide aspirations, suggestions, and input on the RKUHP. The government provides space for their aspirations directly during dialogue and socialization sessions, as well as online via the government’s official website. The website also clearly states the  draft  articles of the RKUHP so that they can be read and the public is not confused, because if they read it in other media, the article might not be that.

The community needs to pay close attention to the dialogue and socialization of the RKUHP because they can express their aspirations and also criticize. For example, when there is an article in the RKUHP regarding the rules that dentists must obey. There is a section of the article that was revised after the dental artisans gave criticism. They are still allowed to work, as long as their duties are limited to only making dentures, instead of replacing the dentist’s duties by treating toothaches or making stirrups (braces).

In addition, in the RKUHP dialogue, disinformation will be eliminated. For example in the article prohibiting the spread of news that contains elements of lies. This article does not prohibit the public from spreading news. But set them to understand a good news, so as not to get caught up in hoaxes and propaganda, and spread it.

Hoaxes are very dangerous because they can disrupt the social conditions of the community. For example, when there is a hoax about a demo news somewhere. Even though it was just an invitation to demo by an individual who spread across social media, and in reality there was no demonstration. The community was already afraid and finally their children were dismissed from school for fear of being affected by the demonstration.

Meanwhile, a public dialogue on the RKUHP was also held in Bandung and invited experts. Dr. Surastini Fitriasih, an academic from the University of Indonesia, stated that the RKUHP is a policy that does not only provide firmness. But also legal justice in Indonesia. One of them is the existence of alternative sanctions. For example, imprisonment can be replaced with sanctions, while sanctions can be replaced with social work.

With public dialogue, the public can better understand the RKUHP and eliminate disinformation about this bill. The reason is because they understand that the RKUHP is not scary at all or is too strict to regulate the lives of Indonesian citizens. However, it will improve criminal law in Indonesia.

Dr. Surastini continued his statement regarding the articles in the RKUHP. In the article related to embezzlement which is a criminal act. The prohibition on vagrancy is a limitation so as not to disturb public order. The sanction is only a fine, instead of being immediately taken to prison just like that and then throwing away his belongings.

In a sense, the government is not anti-homeless, only directing them not to damage public order. Moreover, the Constitution states that the poor and neglected children are cared for by the state. It is proper that the homeless be brought to order and not expelled. Instead they will be fostered by the Social Service so that they have the skills for working capital, and have a better standard of living.

If there are dialogues like this then disinformation regarding the RKUHP will be eliminated. The public better understands that the new articles in the RKUHP are not meant to punish cruelly. But it will regulate society to be more orderly. Even if someone is guilty and put in a penitentiary, then the context is that he is being fostered, not severely punished.

The public warmly welcomed the dialogue and socialization of the RKUHP because they were satisfied with the explanations of officials from ministries and state institutions, as well as legal experts. The RKUHP is not a very haunted bill. However, it is a way for the Indonesian people to be more protected from all kinds of harmful criminal acts.