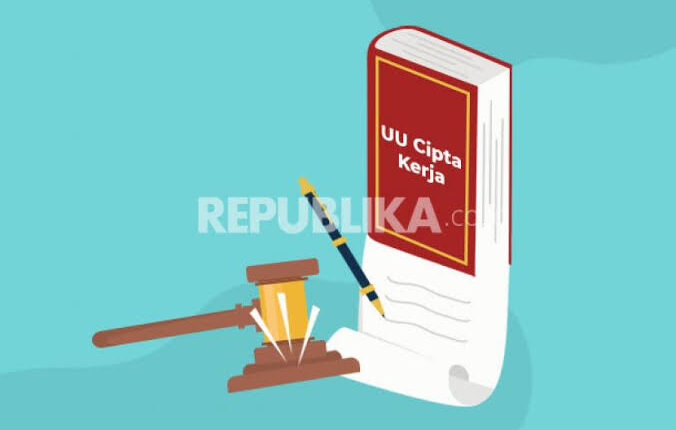 Jakarta, Cidiss.co – Center for Public Policy Studies and Analysis (PUSTAKA INSTITUTE) invites all components of society and millennials to be able to see clearly the Omnibus Law Law that has just been passed by the Indonesian Parliament. The invitation was wrapped in a video testimonial content by presenting several speakers who had high capacity in their fields including Dias Rukmana Praja (Secretary of the Purwakarta DPRD Faction), Dr. Muhammad Taufik (Academic Univ. Moestopo) and R. Soes Hindharno, SH, M.H (Head of Public Relations, Yesterday RI).

According to the Director of the Pustaka Institute, Agus Pamudji, said the Omnibus law is a new regulation in the context of Job Creation which aims to enhance the simplification of licensing and investment ecosystems for ease of doing business with encouragement for the development of research and innovation to increase competitiveness in facing the era of globalization for the sake of realizing a golden Indonesia in 2045, “said Agus to the media crew in Jakarta, Tuesday (20/10).

He also asked all parties to be clear about the omnibus law because it is to make it easier to provide facilities for the business world, especially by providing licensing facilities, namely in terms of licensing philosophy.

“There are many facilities that will be accepted by the community, especially the issue of licensing which has shifted from being based on permission to based on risk, meaning that if small and medium enterprises are without risk, then the regime is enough registration, no need for various permits. But the higher the risk, then it is based on standards, “said Agus.

In addition, he continued, the Omnibus Law also regulates the establishment of a company or PT, which from a legal perspective, simplifies the establishment of a PT without initial capital restrictions, even if it is a small and medium business, one party business entity will be possible with the approval of small businesses and medium. Simplification of the bureaucracy and regulations is an effective solution to bring in large investments so that the welfare of workers can be felt even more, “he explained.

Agus also explained that this convenience indicates that Indonesia is a comfortable country for other parties to invest. With the realization of the omnihus law on employment creation, it is very convincing that the amount of incoming investment will increase which in turn can bring benefits to the Indonesian state, especially workers, “he explained.

He also invited all parties to support each other and work together in the context of economic recovery in the midst of the Covid-19 Pandemic, of course which is in line with the policies of President Joko Widodo (Jokowi).

“We believe that it is impossible for the government to make regulations that are detrimental to its people, especially in the midst of an unstable world economy. Omnibus Law is a joint solution for us to become a developed country,” he said.