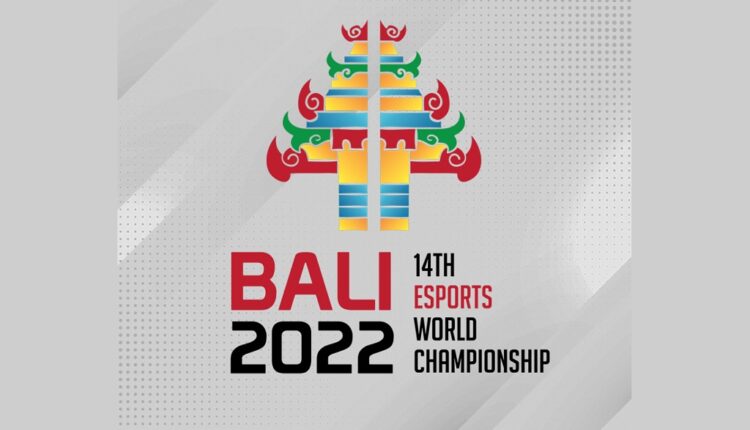 Bali – Full support that is always given by PB ESI Secretary Budi Gunawan for the performance of all Indonesian Esports athletes, the Indonesian DOTA2 National Team succeeded in defeating the Algerian Team and focused on the next match to be able to win the overall champion of the IESF Bali 14th WEC 2022.

General Chairperson of the Indonesian Esports Council (PB ESI), Jend Pol (Purn) Budi Gunawan gave his great appreciation for how the development of the esports ecosystem in Indonesia has continued to grow and has even led Asia and won many achievements on the world stage.

After receiving the award at the commemoration of the 2022 National Sports Day (Haornas), he stated that in the future he is determined to continue advancing esports in the country.

“The sports award that I received from the Ministry of Youth and Sports is a tribute to the entire Indonesian esports ecosystem, from athletes, coaches, schools, professional teams, game development, to industry players,” said the Chairman of PB ESI.

Furthermore, the Head of PB ESI Budi Gunawan himself explained how the extraordinary potential possessed by Indonesian esports is not impossible to become the leader of Asia.

According to him, there is still a lot of potential that can be explored by Indonesian esports athletes so that they can continue to develop.

Meanwhile, Deputy Chairperson for PBESI Athletes & Achievements, Yohannes P. Siagian said how the direct direction from Ketum Budi Gunawan was to be able to continue to make achievements and strive to become the overall champion in the IESF Bali 14th WEC 2022 event.

“In accordance with the direction of PB ESI Chairman, Mr. Budi Gunawan, and PB ESI Daily Chair, Mr. Bambang Sunarwibowo, Indonesia must be successful as an organizer and successful in achievements. With that enthusiasm and commitment, Indonesia will strive with the best of its ability to become the overall champion,” he said.

PB ESI itself, during Budi Gunawan’s leadership, never stopped providing enormous support to all Indonesian esports athletes and has even provided various coaching ranging from technical to non-technical aspects to prepare their mentality.

“We also continue to foster and have prepared our athletes regarding non-technical aspects such as time management, diet, communication patterns, and especially building a strong mentality,” said Yohannes.

With the much support that has been given by PB ESI, it is evident that the performance of the Indonesian National Team in the 2022 esports world championships looks very brilliant.

Most recently, the Indonesian DOTA2 National Team managed to beat the Algerian Team with an absolute score of 2-0.

The coach of the Indonesian DOTA2 National Team, Adit Rosenda, explained that all of these wins came from careful preparation.

Going forward, they will also prepare sufficiently to be able to beat Kazakhstan or the Philippines in the next game.

“Today we have prepared, the evaluation we have prepared beforehand, more preparation for tomorrow, tomorrow our opponent should be much stronger in Kazakhstan or the Philippines, so focus on tomorrow,” Adit said.

It can be seen that with the full support given by PBESI during Budi Gunawan’s leadership, Indonesian esports athletes can compete in a much more focused and serious manner to be able to defeat all their opponents and reach the target of the overall champion.

“Actually, we don’t really focus on the opponent’s game. We are more towards preparing our game play, tidy, disciplined. According to the strategy implemented, they have followed all the plans we have prepared. Even if there is improvisation, they know better about games,” said Adit

Successfully Conquering Algeria, the Indonesian DOTA2 National Team Proves that the General Champion Title Has Great Potential to Be Achieved