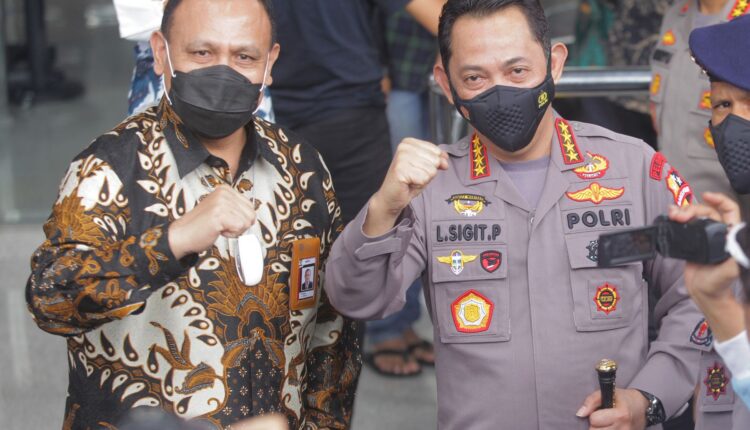 Emrus Sihombing as a Political Observer from Pelita Harapan University (UPH), is of the opinion that being a state civil apparatus (ASN) of the National Police will not hinder non-active KPK investigators from eradicating corruption.

He believes that they are professional and idealistic people, both at the KPK and at the Ditpikor (Directorate of Criminal Acts) of the Criminal Investigation Unit of the Police, they will eradicate corruption well. Emrus said that the National Police was not an independent institution like the KPK. However, if they uphold professionalism and work for the benefit of the nation, the performance of former KPK employees in cracking down on perpetrators of corruption will not be affected wherever they serve.

Based on previous reports, the National Police Chief General Pol. Listyo Sigit Prabowo expressed his desire to attract 56 KPK employees who did not pass the TWK to become ASN Polri. Sigit has conveyed this wish to President Joko Widodo and has received approval.

The decision taken by the National Police Chief is the answer to ending the TWK polemic through mutually beneficial solutions. For the state, this solution can help crack down on corruption. On the other hand, for the 56 non-active KPK investigators, this solution allows them to continue their careers in the field of eradicating corruption.

On a different occasion, Arsul Sani as a member of the Indonesian House of Representatives Commission III gave his appreciation to General Pol Listyo Sigit Prabowo who revealed his intention to attract KPK employees who did not pass the TWK to become Polri ASN.

He said that the steps taken by the National Police Chief, which had been approved by the President to recruit 56 KPK employees to become National Police ASN, needed to be viewed with good prejudice.

According to Arsul, if we use the glasses of good prejudice, the viewpoints and analysis that come out can vary, especially if we depart from prejudice with a conspiracy theory paradigm. However, he reminded that the steps taken by the National Police Chief were not hampered by the ministries/agencies (k/l) related to the KPK ASN, it seems that the 56 KPK employees who did not pass the TWK test were not people whose national insight could be improved.

Arsul explained that in the direction of President Joko Widodo, it was stated that the KPK and K/L were asked to resolve the TWK issue properly but it turned out that it could not be resolved. Previously, the National Police Chief, General Pol Listyo Sigit Prabowo, expressed his desire to withdraw 56 KPK employees who did not pass the TWK as National Police ASN to strengthen the Directorate of Corruption Crimes (Ditpikor) of the Police Criminal Investigation Department.

Sigit stated that he had conveyed this intention to Jokowi as President and that this intention had received approval from President Jokowi. He also mentioned that the request received a positive response from the President who gave a reply letter through the Minister of State Secretary (Mensesneg) which he received on September 27, 2021.

According to Sigit, there are additional tasks related to prevention efforts and other efforts that the National Police must carry out in order to oversee the COVID-19 prevention program as well as the national economic recovery and other strategic policies. The steps taken by Sigit seem to have received appreciation from the Chairman of Commission III of the House of Representatives, Herman Herry. His party considers that the attitude of General Listyo Sigit Prabowo as the National Police Chief, should be followed by many parties.

Don’t be provoked by hoaxes, Papuan people are asked to calm down

The Personal Data Protection Bill has not yet been enacted into law, what’s wrong?