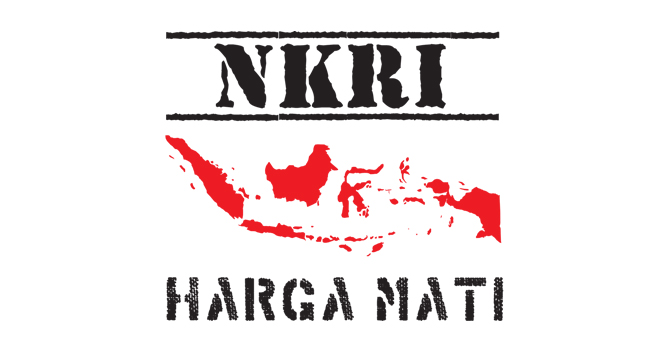 Radicalism and communism are two concepts that are very dangerous, because they can destroy the Indonesian nation. Unfortunately today there are still radicals and communists who spread their teachings secretly. They use cyberspace to find new members. We must obliterate it for the progress of the nation.

Radicalism is an understanding that has risen again in the reform era. They did many things to form a caliphate state, such as bombings and attacks. Locations that were bombed were usually nightclubs that foreigners visited because they were considered infidels. Radicals also attack police stations which are seen as a barrier to their actions.

To fight radicalism, TMS must be structured, systematic and massive. This was said by Komarudin Amin, Director General of Islamic Education at the Ministry of Religion. According to him, if you fight radicalism without a plan and sporadically, it will be useless. Because radical networks are cross-country and take place systematically.

Komarudin also continued that to fight radicalism, the Ministry of Religion held 2 programs namely creating a center for moderation in several universities. So in this program it was explained that the spread of religion should be in a tolerant and moderate manner, not by means of violence and not respecting others.

As for school children, religious textbooks will be designed with updated content. So it was explained that the formation of a caliphate state was impossible, because its understanding covered 1 world. Whereas now there are hundreds of countries. Students are also taught to respect other friends of their religion and not insult them.

The Ministry of Religion’s strategy is very good because since schooling, students have been taught to be tolerant and not to disbelieve others. A good religious process is by connecting with fellow human beings. So it does not only focus on the relationship of the people with God. Religious people should also love peace and not do violence.

If radicalism has been eradicated, this nation can advance because its people are tolerant and do not look down on people of other religions. They can work together to advance Indonesia, regardless of their background, ethnicity, and religion. This country can grow into a high-income country.

In addition to radicalism, communism is also very dangerous because it makes members banned from worshiping God. Communists want to seize power and also change Indonesia, from a Pancasila-based state to communism. This communist revival also began in the reform era and they exploited cyberspace.

Why does it have to be cyberspace? Because they can roam freely from the pursuit of the police. So they can go there guerrillas to spread the teachings. Unless it is already found out, it can be captured with articles of the ITE law and TAP MPRS XXV / 1966 concerning the prohibition of communism in Indonesia.

The communists are also trying to recruit new members on social media. The mode is to create an account on Instagram or Twitter that promotes equality and justice for the people. They deliberately target the younger generation, because they are more critical and tend to criticize government policies.

Young people are lured by calls to form a fair communist state because in the socialist system, there is no difference. All people have equal property, so there is no social jealousy. They are also promised to get the full attention of the communist government which is very concerned about the fate of its people.

Yet we know that communism is very dangerous because in addition to being anti-religious, it also uses violence to achieve its goals. Communist governments also tend to be authoritarian. In fact, in other communist countries, there is equality but the people suffer. Because the officials live well while they are poor.

Therefore we must fortify ourselves and socialize to children and young people to avoid the teachings of radicalism and communism. Because it teaches them not to be tolerant. After they have implanted a sense of nationalism, they can work together to make Indonesia a developed country.

)* The writer is a contributor of Cikini Press Circle and Students