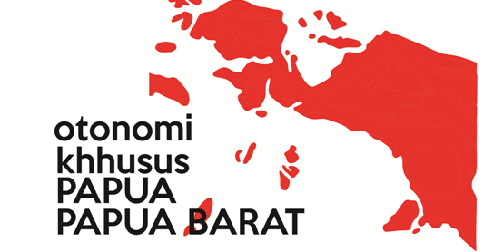 Revision of Special Autonomy for the Welfare of the Papuan People

The Papuan people have been given the authority in the form of autonomy, aka special autonomy, which has been in effect for 20 years, starting in 2001. Historically, from 1999 to 2000 there was a large meeting and the Second Papuan Congress which demanded that they determine their own destiny. The president at that time, Mrs. Megawati, signed Law No. 21 of 2001 on Papua’s special autonomy.

The specialty of special autonomy is that the government there has the authority and is given a fund of 100 billion rupiah. This fund is managed solely by the local government, for the development of Papuan land. The goal is that there are no inequalities in the economic and social fields in the region, and there is equitable development in all provinces in Indonesia.

Next year, the special autonomy will end. Since March 2020, President Joko Widodo has held a meeting with the ministers to discuss volume 2. The goal is to evaluate the regulations, whether they are effective or not. The people of Papua are also curiously waiting for the new regulation in special autonomy volume 2, and hope that their lives will be better.

If special autonomy volume 2 is to be implemented, the people of Papua will ask the government to listen to their aspirations. So, they also want to be invited to a meeting and meet directly with President Joko Widodo. The goal is to make the volume 2 of the Special Autonomy really hit the mark. This will only happen in a while, because now it is still a corona pandemic.

President Joko Widodo has paid close attention to the fate of Papua and visited the region a dozen times. He also built the Trans Papua Road, bridges, and other infrastructure to advance the Earth of Cendrawasih. So the Papuan people don’t have to worry about volume 2 of the special autonomy, because this rule will definitely benefit them.

One of the areas that are considered in the Special Autonomy Volume 2 is education. Education guarantees will be given to the sons of Papua, so that they can go to school and study smoothly. So what is being built is not only infrastructure and natural resources, but also human resources. In the future they will be able to become smart nation leaders.

Yan Mandenas, Member of the DPR Election for Papua stated that the special autonomy volume 2 is expected to have a clearer implementation. So, not only large funds issued by the government. But there is also assistance, later how to arrange the budget and not let it go away. That way, Papua will continue to experience progress.

The government has indeed implemented special autonomy in order to truly prosper the Papuan people. Also happy to hear their aspirations and will oversee the special autonomy so that it can be carried out well. So it doesn’t only give you money, but also education and more attention.

The autonomy fund is indeed so large and in special autonomy volume 2 it is estimated that an even bigger budget will be issued by the government. The Papuan people hope that this money will be maximized for development there. Do not let it just be absorbed in the provincial capital or even corrupted by rogue officials.

Special Autonomy volume 2 is designed to truly advance the land of Papua, not only in the economic sector but also in human resources. The fate of Papuan children will pay more attention to their education. The people there also don’t have to worry about the special autonomy draft, because the government is trying hard to make Papua even more advanced.