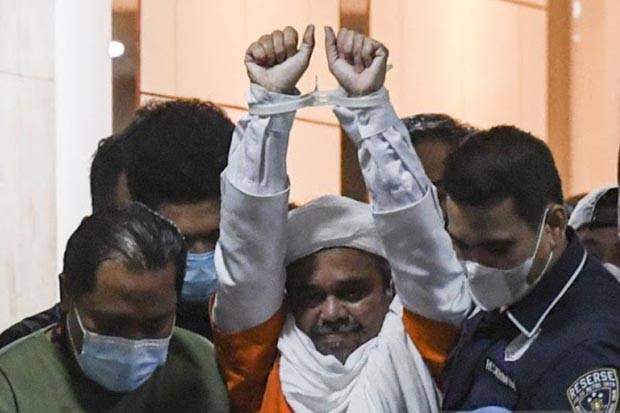 Rizieq’s legal process is in accordance with the procedure

Rizieq Shihab has been a suspect in several cases and he cannot circumvent the law or bribe. This former FPI leader also cannot arbitrarily accuse him of being wronged, because the legal process is in accordance with the procedure. When he boasted in front of the panel of judges, he even showed more ignorance.

Rizieq Shihab’s return to Indonesia brought a very long tail, because of his own fault. He deliberately broke the law by violating health protocols, because of the large number of people who were picking him up at Soekarno Hatta Airport. After that, he deliberately invited thousands of people to his daughter’s wedding in the Petamburan area.

Rizieq was named a suspect for violating 18 multiple articles and facing 11 charges. Among other things, he was proven to have violated the law on quarantine because he refused to self-isolate even though he had traveled from abroad. he was also caught faking the results of the swab test , even having the heart to transmit the corona to 80 people who had contact with him in Petamburan and Megamendung.

However, none of this made him regret it. In fact, Rizieq got angry before the panel of judges and protested why the legal process was not in accordance with the procedure. This is really strange, because all the judicial processes are in accordance with the rules. There is no such thing as oppression, because he is also allowed to defend himself with the help of a team of attorneys.

Moreover, if we look back, Rizieq obtained the status of a suspect after 3 summons of policy i, and previously he was only a witness. How can he tell the media crew that the process is not in accordance with the law? If you are still persistent, it will prove that he does not really understand the laws and regulations in Indonesia.

When the procedure does not follow, Rizieq may be thrown into jail without trial, as was the case with political prisoners in the New Order era. But the proof is that he surrendered and was treated well by the officers. Even fed with a decent menu. This shows that the old man’s legal process is in accordance with the rules.

When Rizieq protested in front of the panel of judges that the legal process was not in accordance with the procedure, in fact he was only explaining inconsequential reasons. For example, he protested why the mayor candidate’s campaign event invited the masses but was not prosecuted. In fact, the campaign was in accordance with health protocols because the number of supporters was limited and lectures were conducted online.

Apart from that, he also protested why the dangs were held virtually. Even though the reason is because it is still a pandemic, so the panel of judges is allowed. After his request for a hearing was directly granted, the masses immediately came to the front of the Court building, according to predictions. The trial regarding the violation of the health protocol is even threatened with a violation of the protocol due to the large number of Rizieq fans, what a shame!

These attacks were carried out because he felt he was not getting justice, even though his case was not apple to apple. This was done to invite public sympathy, which unfortunately was already antipathy towards the former leader of this banned mass organization. Because Rizieq is only good at bragging and badmouthing others, but has no guilt in his heart.

How can he not feel guilty for inviting the masses even though it is still a pandemic period? Apart from that, the masses were also proven to have damaged Soekarno Hatta Airport by standing on benches. So that airport managers lose millions of rupiah.

Rizieq should surrender and not file an exception and stop talking about the trial. Because the panel of judges has upheld the law as high as possible. Rizieq’s trial process was also in accordance with procedures and there were no rules that were violated by law enforcement officers and enforcers .